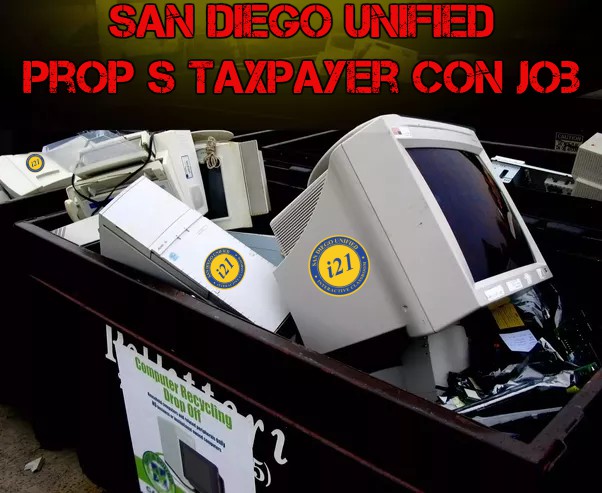 Based on this poor stewardship of costly technical equipment purchased with Taxpayer funds, voters MUST DENY any further Bond requests from the current SDUSD Superintendent and Board of Education.

This official document is hidden from all SDUSD i21 Students, Teachers, Administrators and Support Staff in a Password Protected online vault (Wayback Machine Archived):

Our readers might wonder WHY Marten and Barrera would hide such a critical standard from the USERS of i21 classrooms.

To answer that question, here is a little background…

The Props S and Z propaganda page on the SDUSD website provides the following i21 con job statement to Stakeholders:

“All San Diego Unified schools are currently benefiting from Prop. S as a result of the i21 Interactive Classroom Initiative. The i21 classroom suites are being installed throughout the district, delivering 21st century technology designed to create an engaging and personalized learning environment. The main components of the classroom suite include: an interactive whiteboard, an audio-visual cabinet, a teacher’s presentation station, a wireless voice amplification system, an advanced-model document camera, a classroom DVD player, a netbook or iPad for each student, and a tablet for each teacher.”

After Prop S was passed in 2008, to protect the massive Prop S investment in the i21 initiative, the Integrated Technology Support Department (IT) established a “Best Practices” Service Level Agreement (SLA) for the i21 Classrooms that included a deadline of 10 days to “Resolve” any and all technical support requests for the i21 Classrooms from Students, Teachers, Administrators and Support Staff.

But then in 2017 the $124 million budget mismanagement by Marten occurred and, in the depth of her gross incompetence and inexperience, Marten decided to lay off a huge number of IT support personnel.

Earlier this 2017/18 school year (on October 27th, 2017) District Deeds posted “1 IT Tech for 2,300 Classrooms – MILLIONS of Prop Z/S IT Investment Dollars at Risk Through Severe Layoffs in San Diego Unified Technology Support!!!” that warned all SDUSD Stakeholders of the risk that Marten was taking:

“Only one month into the new 2017/2018 school year, the $124 million Cindy Marten budget disaster repercussions are directly harming student learning and achievement.

Through her complete lack of operational management experience, Marten recommended and her crony Trustees approved gutting the technical support for BILLION DOLLAR Prop Z/S initiatives like i21 and interactive personalized learning environments in over 7,000 classrooms in 180 San Diego Unified School District (SDUSD) schools and in over 200 front offices.

Gutting IT Support is rendering useless the expensive computer equipment that needs service and rapidly destroying i21 Interactive Classroom lesson plans in virtually every school in the SDUSD.”

When we posted that article in October, the IT service request backlog was already severely violating the 10 day SLA and the IT Staffing mismanagement by Marten was already having a hugely negative effect on i21 Classrooms.

Since then it has just gotten progressively worse with support requests taking months to resolve instead of days.

So, faced with shaky 2018/19 SDUSD budget and SDUSD leadership intelligence strategically bankrupt, what did incompetent Marten, Barrera and the rest of their trustee and senior management cronies do?

They decided to fall back on a familiar tactic they had used in both the Fake Graduation Rate Debacle (allowing non-proctored online credits to graduate failing students) and the Phony School Safety Statistics (eliminating categories of offenses to lower violation percent) .

They moved the goal posts to make themselves look like they were achieving instead of miserably failing.

Instead of restoring IT staffing to meet the 10 day commitment, they instead just changed the “best practice” to a “worst practice” and added almost 2 months to the time to resolve i21 Classroom service requests.

In other words, if a classroom has a technical breakdown in their i21 classroom today, April 5, 2018, the soonest Students, Teachers, Administrators and Support Staff can be assured that the issue will be resolved is June 5, 2018, one week before the June 13th end of the 2017/18 school year. 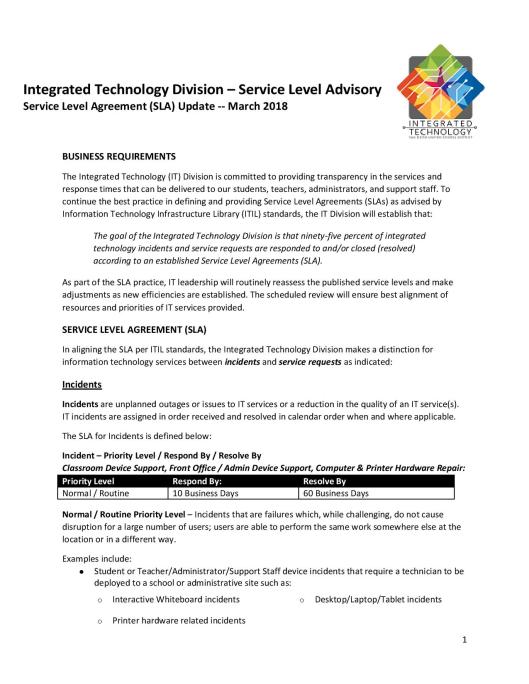 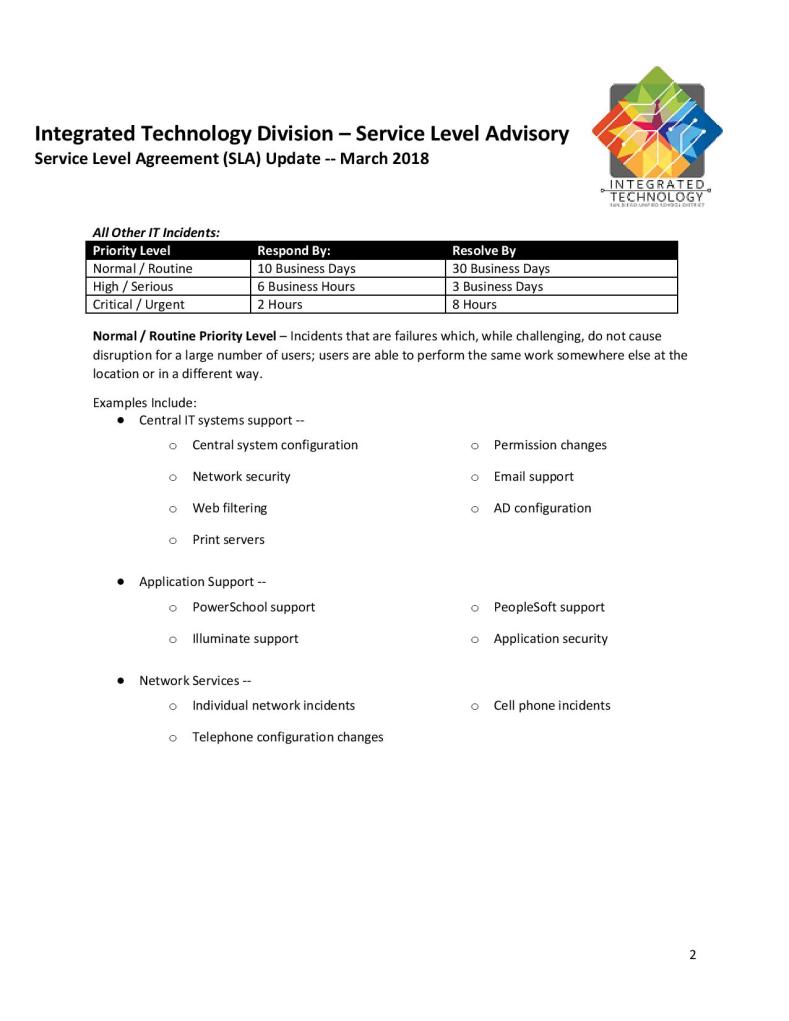 The overt dishonesty by Supt. Cindy Marten and Board of Education Trustee weaklings Richard “Tricky Dick” Barrera, Kevin “Dismissal with Prejudice” Beiser, John “You Can’t Handle the Truth” Evans, Michael “Foggy Bottom” McQuary and Sharon “Flying By The Seat of Our Pants” Payne and their betrayal of hardworking  Students, Teachers, Administrators, Support Staff and Taxpayers who trusted them to follow through on the Prop S $2.1 billion dollar i21 Classroom promise cannot be understated.

That dishonesty and betrayal proves that the SDUSD cannot be trusted with any more Bond measures as long as Supt. Marten and Trustees Barrera, Beiser, Evans, McQuary and Payne are in power.

Time for all of them to go…