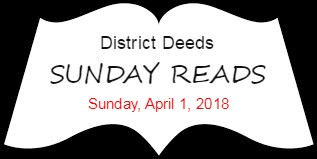 Looking to “connect with some of our more urban youth”, Secretary of Education Betsy Devos welcomed a group of students from Chicago’s John Brown Middle School aboard her yacht today for an afternoon fishing excursion.

“I’ve read somewhere that it’s one thing to give an underprivileged person a fish to eat, but that it’s actually better to help them to learn about it. So that they can catch their own fish in the future,” Devos said.

We thought it was outstanding that Secretary of Education DeVos decided to reach out to youth and help them learn how to fish.  Not to be outdone by the Trump administration, San Diego Unified School District Superintendent Cindy Marten and Board of Education Trustee Richard Barrera have decided to do DeVos one better.

District Deeds has learned that Marten and Barrera are offering to ALL SDUSD stakeholders the chance to go fishing with them!

The “1st Annual Cindy and Dick Significant Other Fishing Trip” to be held on Tuesday, May 8, 2018, in place of the “Day of the Teacher” Board of Education Meeting.

ALL SDUSD Stakeholders and their “Significant Other” are invited!!!

Apparently there is no restriction on how many “Significant Others” you can bring to the Fishing Trip so hurry to sign up, space is limited!!

Remember, to sign up just go to “1st Annual Cindy and Dick Significant Other Fishing Trip“.

Examining data obtained from thousands of reportedly lackluster rehearsals across the country, a new study released Wednesday by the U.S. Department of Education concluded that a mere 30 percent of students are adequately prepared for the spring musical. “Our analysis found that, with tech week right around the corner, less than a third of leads in American public schools have their lines off-book, their scene blocking down pat, or their solos anywhere close to performance-ready,” said department spokesperson Larry Tan, who noted that a scant 26 percent of high school cast members can land their kick-ball-changes, while just 15 percent are able to complete proper box steps, bell kicks, or pivot turns.

Now that the SDUSD Propaganda Department claims that music education is available in 100% of its schools, we are extremely worried that many spring musicals in the SDUSD will fall victim to the “kick-ball-change”  or “pivot turn” disaster.

Our only hope is that, based on the typically inefficient Marten regime communication process, many schools do not yet realize that they actually have music education at their schools thereby averting the crisis.

For those that DO actually have music education, something MUST be done…and fast!

The startling correlation was reported by millions of family planning centers nationwide after a 5 years study conducted by an exclusive research team led by Dr. Sandra McKinnon.

Dr. Sandra McKinnon reported the team’s findings during a recent US Reproductive Studies Symposium. “It is an undisputed fact that teen pregnancy rates are nearly non-existent when a woman reaches the age of 20. If you encourage your adolescents to abstain from sexual intercourse until they reach this age, the chances of them becoming teen mothers are incredibly slim–Almost nonexistent.

“While the parents are concerned with protecting their young daughters from badly-timed pregnancies, we’re concerned with finding the correlation between the age of 20, and it’s effect on teen pregnancy.”

Dr. McKinnons findings were hailed as “groundbreaking and revolutionary” by senior researchers who have been attempting to find ways to reduce teen pregnancy rates for 30 years.

This SHOCKING information ranks right up there with the SDUSD 91% Graduation Rate backed up by San Diego Education Research Alliance!

Who would think that only in only one year you could virtually eliminate teenage pregnancy!  Almost as amazing as the dramatic increase in the SDUSD Graduation Rate in one year by providing non-proctored online class credits to students who have flunked the same class multiple times with a real live teacher!

“It is better to remain silent at the risk of being thought a fool, than to talk and remove all doubt of it.” – Cindy Marten