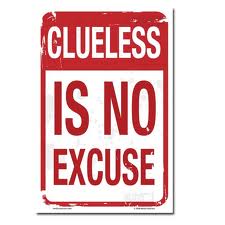 Hey…San Diego Unified Board of Education!!!

Having Trustee Foster honored and then investigated for illegal activity and appointing Superintendent Marten to investigate HERSELF are just 2 of the low lights of the upcoming San Diego Unified Board of Education Meeting this Tuesday, September 29, 2015 at 5 pm at the Brucker Education Center.

In an article by Mario Koran in the Voice of San Diego titled “School Board Set to Honor and Investigate Foster on the Same Night” the total incompetence of San Diego Unified (SDUSD) Board Members McQuary, Barrera, Beiser and Evans is fully exposed.

Trustee Marne Foster has been accused, based on substantial proof, that she:

Instead of being outraged, insulted, embarrassed or ashamed of the actions of Foster and Marten and demanding explanations, Board Members McQuary, Barrera, Beiser and Evans are expected to approve, despite OVERWHELMING OPPOSITION by SDUSD Stakeholders, the following initiatives at the September 29, 2015 Board meeting:

There are rumors of Marten choosing a crony of Marten/Foster  Henchman Lamont Jackson as the NEW Director of the Office of Language Management (OLA) who has a fraction of the EL and Leadership requirements listed in the posted job description.  If this occurs it will be just another example of the Marten cronyism and victimization of all EL students.

The article by Mr. Koran is a good example of investigative journalism and District Deeds urges other news outlets and the legal authorities to continue to do the same.

11 thoughts on “News Report: Voice of San Diego – “School Board Set to Honor and Investigate Foster on the Same Night””