Less than 2 weeks ago the head of the flunky, sycophant Superintendent “selection committee” claimed on the San Diego Unified School District (SDUSD) designated propaganda local news station that the corrupt SDUSD Board of Education would “Name 3 Superintendent Finalists“.

As expected, that turned out to be just another SDUSD and local media lie to ALL Stakeholders.

Also, as we predicted, this disgusting sham and complete waste of time for ALL SDUSD Stakeholders will continue with a useless community forum to meet the one current interim Supt. Dud and the preselected illegitimate Tricky Dick Superintendent candidate Dud.

The National NAACP President Should Be Suspended, Not the San Diego Branch President

Derrick Johnson, as President of the National NAACP, has been a disappointment, and a person guilty of malfeasance in Office. Plainly speaking, he has not shown the support nor interest in the hard work of local chapters and their volunteer leadership that such sacrifices and commitment deserve. He is an example of one who has been in Washington, D.C. so long that he appears to have forgotten who put him there and why.

Under his leadership, the National office does not return telephone calls even from the Black Press which is the entity that carries the stories of the NAACP more than CNN. In the case now concerning the suspension of the San Diego Branch President of the NAACP, numerous calls have been made to Mr. Johnson throughout this year concerning the issues confronting the San Diego community like the wrongful nomination and appointment of former San Diego Unified School District Superintendent Cindy Marten to U.S. Deputy Secretary or Education.

Mr. Johnson endorsed Marten without even calling his local chapter to vet Ms. Marten. Even after he had repeated notice of problems with that nomination, he still refused to talk to local leadership. But it appears that Mr. Johnson has a history of not talking to local chapters.

The National Board of Directors of the NAACP should do its membership a service and take a very close look at how Mr. Johnson has handled the San Diego Branch, and the failure to follow the stated rules of the NAACP in the manner in which it investigates and handles issues concerning local chapters. The Board of Directors should examine very closely the step by step handling of the San Diego Branch, all documents of complaints and line those actions up with the Constitution and Bylaws of the National NAACP and its relationship with its Branches. Perhaps such an investigation can explain what the rest of us fail to find or understand. We do know that the suspension of Mrs. Maxwell has two purposes: one to get hands on the bank accounts and two, to ensure that she can not run for re-election in the special election which has been called for early 2022.

This is in spite of the fact that 2022 is an election year for the Branch.

The assigned Administrator has proven to be no more than a puppet for the larger agenda of getting the funds on hand and placing friends in leadership positions rather than the earnest people doing the daily volunteer services.

The National Board of Directors has fired presidents before when it thought such action was necessary. Let’s not be afraid to do the right thing now and get rid of Derrick Johnson. The organization and its service is bigger than the ego and personal needs of its current President.

The featured SDVAV editorial was supplemented by two other articles well worth reading in the most recent SDVAV digital edition regarding the NAACP San Diego Branch.

The first one on page 1 is titled “Vindication of San Diego NAACP President Francine Maxwell“, also written by Dr. Warren, exposes the bias of local San Diego media in characterizing the improper suspension of Ms. Maxwell as her being “ousted”.  Dr. Warren also systematically dissects the total lack of facts, evidence and due process by the National NAACP in suspending Ms. Maxwell.

The second article on page 4 in the SDVAV was much more typical of the local news surrounding Ms. Maxwell.  That article is titled “Book Drive Boosts Pursuit of Knowledge for Locally Incarcerated – NAACP San Diego Branch, County Sherriff’s Department teamed up for a good cause“.

In over 10 years of working with Ms. Maxwell in numerous SDUSD committees and community organizations, we can vouch for the fact that the three articles in SDVAV are 100% accurate in describing the dedication and commitment of Ms. Maxwell to insist upon equity, honesty, transparency and accountability by the SDUSD for ALL Students.

The three articles are also 100% accurate and a perfect example of describing the vindictive retribution of a super majority of the current Local, State and National political party to persecute a dedicated public servant that refuses to cover up and politically support the corruption and lies of party endorsed public officials locally in the school district, city and county governments.

District Deeds has been honored to post the following dozen press releases regarding the SDUSD from the NAACP San Diego Branch and Ms. Maxwell:

The 3 articles and 12 press releases just scratch the surface of the advocacy and dedication to equity and justice by Ms. Maxwell on behalf of the the NAACP San Diego Branch Stakeholders before and during her leadership of that organization.

We strongly support the positions of SDVAV and strongly urge our readers to speak up and support Ms. Maxwell via phone cals, social media and emails to the National NAACP and the Local, State and Federal Democratic Party using the following hashtag:

Here are some links to send your messages: 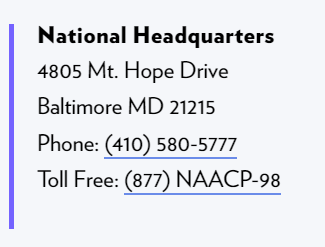 In closing, when reviewing the NAACP National website, we discovered this quote:

On behalf of the hundreds of  thousands of national and local Families, Students, Community Members, Colleagues, Teachers, Justice Advocates, Democrats, Republicans and elected/appointed officials that Ms. Maxwell has helped to “accomplish their true potential” before and during her tenure as NAACP San Diego Branch President, we have the following quote for NAACP President and CEO Derrick Johnson who has tried to impede the progress and potential of those Stakeholders and Ms. Maxwell with his improper actions:

Do not let your deeds belie your words, lest when you speak in church someone may say to himself, “Why do you not practice what you preach? – St. Jerome