District Deeds wishes Happy Holidays to all of our readers worldwide!

We hope all our readers are having a safe and healthy holiday season and are getting ready for a GREAT New Year.

In the spirit of peace and understanding, this week for Sunday Reads we are providing an article from TIMEOUT that provides “7 December Holidays That Make Winter Brighter Around The World“.

We have featured the complete TIMEOUT article but we strongly urge our readers to click on the title (in red) and read the full dispatch for themselves.

7 December Holidays That Make Winter Brighter Around The World

From Christian festivals to pagan celebrations, this month is full of special days. How many have you heard of? 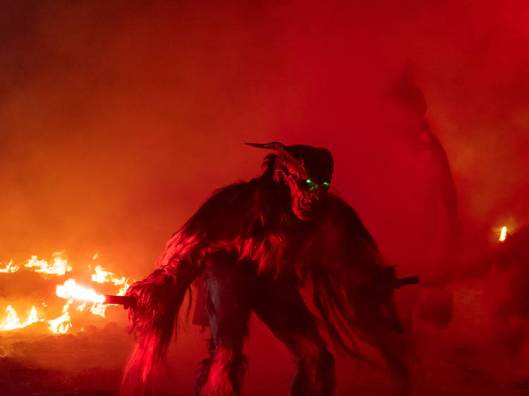 A centuries-old Christmas tradition in Germany and other parts of Europe, Krampusnacht is said to be when the Krampus, a beasty demonic figure and the antithesis of jolly St Nick, arrives in towns to reward good children and take wicked ones away to the underworld. Similar to the concept of the Naughty and Nice List, but way, way darker.

Also known as the Festival of Lights, Hanukkah is an important Jewish festival which runs for eight days. The religious holiday is a celebration of Judaism and commemorates the rededication of the Second Temple of Jerusalem. People celebrate by lighting candles, gifting presents and eating traditional Hanukkah food, such as latkes.

When is it? Hanukkah moves but starts between late November and late December every year. In 2021 it takes place from November 28 to December 6.

Santa Lucia or Saint Lucy’s Day is a feast day in the Christian calendar celebrating Saint Lucy, a martyr who is seen as a figure of light in the darkest part of the year. It’s an especially important day in Scandinavia, where the day is marked by atmospheric processions and concerts, featuring singers clad in white and wearing headdresses featuring actual flickering candles.

When is it? Santa Lucia is celebrated annually on December 13.

The December solstice, known as the winter solstice in the Northern Hemisphere, marks the shortest day and the longest night for half of the world. Yule is the ancient Pagan celebration associated with that moment in midwinter. Many modern traditions like carolling and Yule logs (which used to be an actual log, not a chocolate cake) stem from the ancient 12-day festival.

When is it? Still celebrated by modern pagans, Yule is the December solstice (December 21) and the eleven days after.

We probably don’t need to tell you about this one, huh? A major celebration in the Christian calendar, Christmas traditionally marks the birth of Jesus. However, plenty of people around the world celebrate Christmas for non-religious reasons too, embracing the commercial side of the holiday: turkey, presents, decorated trees and all. Different countries have developed all kinds of unique ways to celebrate that have very little to do with the holiday’s religious beginnings. In Japan, for example, a trad Christmas dinner consists of KFC.

When is it? December 24, Christmas Eve (the more important day in some countries) and December 25, Christmas Day.

First celebrated in California in the 1960s, Kwanzaa is an annual celebration of African-American history and culture, culminating in a communal feast. Festivities typically include dancing, performance and candle-lighting.

You don’t need to have had a year as challenging as 2021 to want to mark the end of it in style. The final day in the Gregorian calendar, which is used in most of the world, New Year’s Eve (also known as Saint Sylvester) is always celebrated with a bang – usually in the form of fireworks displays, parties and musical performances. Edinburgh in Scotland throws a particularly stellar bash – its annual Hogmanay blow out – while in Iceland, New Year’s Eve is the only day of the year where it’s legal to set off fireworks.

Now for our quote of the week dedicated to familes everywhere:

“Blessed is the season which engages the whole world in a conspiracy of love.” – Hamilton Wright Mabie