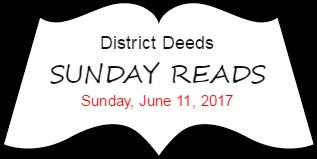 New research is helping to clarify how teachers become chronically stressed, and how it
can affect their students’ well­being and achievement.

“Relationships really matter for learning; there’s a lot of evidence around that,” said Robert Whitaker, a professor of public health and pediatrics at Temple University.

This article is highly relevant to the current toxic environment in the San Diego Unified School District (SDUSD).

In the San Diego Unified School District, the last 4 months have been a high stress environment for nearly 2,000 District Employees who received pink slips.  Many of those employees have children who are SDUSD students.  Those 2,000 “Pink Slip” employees have thousands of colleagues and other Stakeholders that are close friends who empathetically share the stress of the unstable employment environment caused by the $124 million financial mismanagement disaster created by Supt. Cindy Marten.

Virtually every one of the over 100,000 SDUSD Students have a come in contact with a stressed out SDUSD employee or Stakeholder due to layoffs caused by incompetent SDUSD senior management and, according to the article, have become stress “contagious”.

Hardly a “world-class school system for all of our students” as promised in the SDUSD Vision 2020 page on the District website.

Is it any wonder that families are fleeing from SDUSD schools to emotionally safer learning environments?

Carl Cohn, executive director of the California Collaborative for Educational Excellence that assists districts and schools throughout the state, says immigration is “the civil rights issue of our time.” And with school choice at the top of U.S. Education Secretary Betsy DeVos’ agenda, he says asking parents and community members what they want is critical to the future success of public schools.

Although Cohn is a former member of the State Board of Education and a former superintendent of both Long Beach Unified and San Diego Unified, he says his “formative years in education” as a high school counselor made him realize the importance of creating “a safe educational space for those students who were threatened, economically marginalized and left behind.”

Including parents and the community in school decision-making is crucial, he said.

“We have to reach them. We have to do whatever’s necessary to engage them in this process,” he said. “Where at times, we’ve kept folks at a distance, we’ve really got to open this process up. Otherwise, we’re going to be facing something we don’t want to face, and that is the potential for the disruption of traditional public schools as we know them.”

What a refreshing “on target” article from former SDUSD Superintendent Carl Cohn!

Dr. Cohn clearly understands the need for TRUE collaboration with parents and community…and the need to really support immigrant students and their families.

Conversely, the only “collaboration” the current Marten/SDUSD regime inspires are protests and picketing at Board meetings and Marten’s downtown penthouse by disgruntled parents and community members who feel ignored and abused.

As described in the article, the credentials of Dr. Cohn are amazing and put the current Superintendent’s weak credentials to shame.  Comparing his wisdom and insights to the mess we have currently in the dysfunctional Superintendent and Senior Staff positions is dismaying.

District Deeds believes that until she attains the credential level of Dr. Cohn, Marten should assume the title of “Interim Superintendent” until she is able to actually perform to the level of her over $300,000 compensation package.

Nation’s Least-Funded Schools Get What They Pay For

Indeed, the recovery nationally has been slow, particularly for schools. Some state budgets still haven’t fully recovered when inflation is taken into account. Today, 23 states are providing less education formula funding — which typically accounts for half of elementary and secondary school budgets — than they did in 2008, according to the CBPP. Schools have restored just one-third of the 351,000 jobs cut in the aftermath of the downturn. 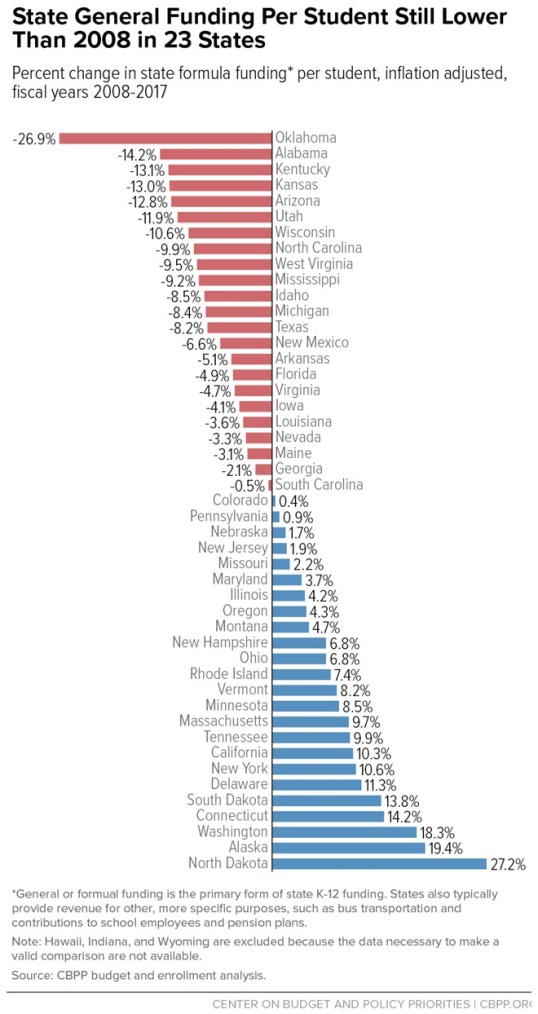 This article describes how many States have not restored funding for schools since the recession in 2008.  Oklahoma is used as an example where, as you can see from the graphic, schools have lost over 26% (inflation adjusted) from educational funding.  The impact of that neglect has “cut into the student experience via larger classes, reduced bus transportation and a shorter school year”.

But wait…SDUSD Stakeholders heard from Supt. Marten and Board Trustees that California ranked low on educational funding .

The graphic shows that California has increased educational funding by over 10% making it the 8th BEST in the nation since 2008!

The title for the SDUSD is:

SDUSD Well Funded Schools DON”T Get What They Pay For

Despite that huge increase, Marten and the Board improperly overspent at a faster rate and still claim that they need more money.

And, in the spirit of good fiscal management we offer the following quote of the week:

“Balancing your money is the key to having enough.”
― Elizabeth Warren