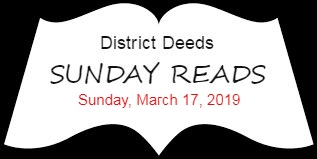 When I read the things that this woman writes about charter schools, it drives me crazy.  Does no one want to challenge her? She is legitimately another level of harassment, intimidation, and bullying. In her mind, she is never wrong about charter schools, and they are all evil while traditional schools should never be questioned and should be praised regardless of their shortcomings.

Here’s what she said:

“I don’t understand why the task force has so many representatives of the charter industry on a committee to study charter law, when only 10 percent of students in California schools are enrolled in charters.”

Here’s what she obviously meant:

We paid a lot of money to elect Tony Thurmond, and he better rethink this committee.  How dare he not appoint only teachers to do a “study” on schools that we clearly are trying to destroy and eradicate. Screw the measly 10% of students who are enrolled in charter schools, they aren’t real people anyway. Charter schools are not public schools, everyone knows they are an evil industry, just like tobacco that kills!

“California has had a large number of scandals in the charter sector. The most recent occurred when the CEO of the Celerity Charter chain pled guilty to using the schools’ credit card to charge luxury items, including designer clothing, fancy hotels, haute cuisine and limousine service, as well as to fund her Ohio charter school.”

Using the same old tired example of one administrator in a charter school but failing to acknowledge ALL of the thousands of cases in traditional public schools right here in California, where teachers have been allowed to sexually assault, beat, ridicule, bully, etc. the students and parents of their schools…not worth a mention to Diane!

District Deeds can vouch for the perspective of this article regarding Ravitch.  Way back on December 5. 2014 we published “The REAL State of the District 2014: Rotten to the Common Core – The HUGE Marten Cover-Up – Part 1: Marten, Ravitch and Duncan – OH MY!” exposing our online interaction with Ravitch.

Is that you Superintendent?

The article exposed how two faced incompetent Elementary School Superintendent (ESS) Cindy Marten has been propped up by Ravitch  for fighting Common Core.

Here is a link to a more recent tweet by Ravitch with a pic of her and Marten: Ravitch and Marten and Teacher Layoffs

Completely in character for two faced Marten to unfairly use Ravitch as a prop to defend her for NOT laying off teachers just before Marten’s financial management incompetence led to a massive layoff of teachers and other SDUSD personnel thereby  relegating Ravitch to the level of a sycophant…just like Martens’ senior staff sycophants.

Here is two faced Marten sucking up to the sponsor of Common Core…Obama administration Secretary of Education Arne Duncan:

And yes…that is disgraced Marne Foster who was forced to resign as SDUSD Trustee) with Marten…another “buddy”.

Apparently anti-Common Core Ravitch missed this pic of the two-faced Marten and Foster with Duncan.

Hypocrite Marten and Ravitch.  This truly is, to quote the article – “old white ladies scripting the narrative for black and brown kids” in the most self serving way possible.

Is it any wonder the SDUSD is known nationwide as an educational disaster that respected educators avoid, with pathetic, dysfunctional, senior leadership?

Mispronouncing Students’ Names: A Slight That Can Cut Deep

When people come across Michelle-Thuy Ngoc Duong’s name, they often see a stumbling block bound to trip up their tongues.

The 17-year-old sees a bridge.

A bridge spanning her parents’ journey from Vietnam to the United States.

A bridge connecting the U.S.-born teen to Vietnamese culture.

A bridge to understanding.

“My name is where I come from,” Michelle-Thuy Ngoc said. “It’s a reminder of hope.”

For students, especially the children of immigrants or those who are English-language learners, a teacher who knows their name and can pronounce it correctly signals respect and marks a critical step in helping them adjust to school.

But for many ELLs, a mispronounced name is often the first of many slights they experience in classrooms; they’re already unlikely to see educators who are like them, teachers who speak their language, or a curriculum that reflects their culture.

This article illustrates how critical it is to expel maximum effort to create a welcoming learning environment for ELL’s.

We ask our District Deeds readers:

Without a trained, credentialed ELST who understands this cultural challenge, what do you think the odds are of a hispanic or african or middle eastern immigrant student of having their name mispronounced by an english only teacher or ridiculed by a classmate?

District Deeds suspects that the odds are excellent in the worst possible way.

5 Things to Say to Students Suffering From Anxiety

Understanding anxiety is something that educators, parents, doctors, therapists, students, sufferers, and non-sufferers are still working on. Just like anything else we attempt to understand, we will never get there if we don’t, first, ask questions.

Yesterday, I explored five things I’ve heard and/or experienced being said to students suffering from anxiety that miss the mark in being supportive. Although parents, guardians, counselors, classmates, staff, and friends have great intentions, their comments are rarely productive. The statements they make are often judgmental and ignorant. The negative impact of saying the wrong thing to a student with anxiety might seem minimal—it’s supposed to be the thought that counts—but the long-term effects can be severe.

Fear from a lack of understanding mental illness has resulted in those with healthy physiology creating a stigma, and students with anxiety perpetuating it. It might not be well understood, or even make sense, but the students with the illness are the biggest culprits of the stigmatization of the disease. Trivializing the struggles associated with mental illness, even unintentionally, can reinforce the stigma. The pressure students put on themselves to “be okay,” “just relax,” and convince themselves that it’s not worth getting so upset about is all encompassing. No one wants the student to be “normal” more than the student him/herself. This intense desire to not have anxiety increases the intensity of the illness. We don’t need additional reasons to feel any more stigmatized than we already do.

The responsibility of educators, parents, and guardians in scenarios where students are suffering from anxiety is to empower the students to learn the nuances of their disease and work with them to establish a comfortable, understandable, and fearless “normal.” We can do this by making use of the following five statements when dealing with students in crisis.

We are excited to provide this article to our readers.

After reading this article as a parent of a children who suffer from anxiety, we recognized some of the wrong things we have said in the past with the best of intentions to try and help our kids.

Based on that, we decided to ask them how they felt about both the questions we should ask and the ones that we shouldn’t.  In our small sampling of data (2 kids) the most difficult thing to accomplish is number 4:

Let’s think about what we can do in the next 15 minutes to help get you through this.

One of my kids said that just asking that question could trigger an anxiety episode.

On the other hand, the best thing for us to say when they are suffering from anxiety is number 1:

Can you describe to me what you are feeling?

My kids said that asking that questions reminds them to focus on the current situation and allows them to start the process to calming themselves.

As a parent we wish we knew to ask this simple 9 word question years ago.

We hope the information this article helps our readers and their kids that have anxiety.

“Neither comprehension nor learning can take place in an atmosphere of anxiety.” – Rose Kennedy