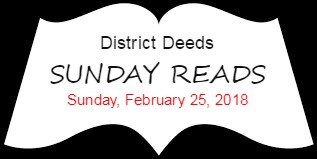 The SAT may be an important hurdle in the college admissions process, but until recently it was one that many students in the Long Beach Unified School District weren’t clearing. Fewer than half of 11th graders in the working-class district were even attempting the test.

Registration fees, at $60 for the full test including essay, posed a challenge for some families in a district where more than two thirds of students qualify for free or reduced-price lunch. Other students just didn’t see themselves as college material.

Then three years ago, the district began offering the SAT for free during the school day. The move boosted the SAT-taking rate to nearly 100 percent and, district officials say, created a more college-oriented culture among students.

Now a Long Beach legislator is trying to make it easier for other California districts to follow the city’s lead. Assembly Bill 1951, sponsored by Democratic Assemblymember Patrick O’Donnell, would allow local school boards to replace the standardized tests typically given in students’ junior year with a nationally-recognized college entrance exam like the SAT or ACT.

“This bill is about equity and opportunity for high school students,” said O’Donnell, a former classroom teacher who chairs the Assembly’s Education Committee. “It’s also about local control. It lets districts decide the best assessment for students.”

See San Diego Unified Stakeholders…a large school district can actually implement a strategy to both measure AND assist ALL students.  Now if the  Assembly Bill 1951, sponsored by Democratic Assemblymember Patrick O’Donnell, actually PASSES, maybe the SDUSD will be shamed into closing the equity gap.

Unfortunately, based on the multitude of self-serving blunders, District Deeds is unsure whether the current incompetent SDUSD senior leadership even comprehends the concept of shame.

What do you think?

Get Out! New Study Details High Rate of Suspensions of Black Males from California Public Schools

The suspension rate for black males was 12.8 %, more than three and one-half times greater than for other students in California public schools in 2016-17, according to a new analysis published today by researchers at the Community College Equity Assessment Lab (CCEAL) at San Diego State and the UCLA Black Male Institute. The highest rate of suspensions by grade level was for black boys in grades K-3 who were 5.6 times more likely to be suspended than other students. More than one –quarter (27.4%) of black male students in foster care were suspended. Forty-one percent of black boys in foster care in 7th and 8th grade were suspended, the highest rates of suspensions for black males.

“From a very young age, far too many black boys and young men are being told, in effect, to get out, and are excluded from the school and classroom, says Professor Tyrone Howard, the director of the Black Male Institute at UCLA. It’s an unfair practice with serious consequences for learning and achievement and future success, and it needs to stop.”

“Exclusionary discipline practices are unfairly and unnecessarily placing black boys and young men at risk, says, Frank Harris III, Professor, SDSU. Our hope in publishing this analysis it to focus the attention of educators and policymakers on the issue and offer specific suggestions that can help keep black males in school.

Here is the study published by the Black Male Institute:

GET OUT! Black Male Suspensions in California Public Schools

Given the manipulation of the SDUSD Graduation Rate by Supt. Cindy Marten and her Trustee cronies Richard “Tricky Dick” Barrera, Kevin “Dismissal with Prejudice” Beiser, John “You Can’t Handle the Truth” Evans, Michael “Foggy Bottom” McQuary and Sharon “Flying By The Seat of Our Pants” Payne, (see “REALLY RICHARD?!? Exposing Ridiculous SDUSD Trustee President Barrera Grad Rate Con Job!”) there is no way to tell if the 10.20% black male suspension rate is real or just another propaganda fabrication.

For example, do you recall how Marten and Barrera denied ever allowing school sites to “suggest” that academically struggling students transfer to Charter Schools while denying using that tactic to the press?  Do YOU think they may have used that tactice to get rid of black males and other minority groups (i.e.: ELL’s) instead of having themcount against the SDUSD expulsion rate?

Have you noticed how the SDUSD uses anonymous expulsions from Alba to cover their tracks and make it impossible to identify from what school they were removed?

What a convenient way to eliminate any chance for Stakeholders, OR REPORTERS, to determine how many black male students and others were told to “GET OUT!”

Using the evidence we provided our readers in our post titled “BOOBY PRIZE II”, our view is that Marten and her 5 crony Trustees cannot be trusted as far as we can throw them.

As a parent of a black male student in the SDUSD, would YOU trust Supt. Marten and her 5 trustee cronies to fully disclose the REAL black male suspension rate in the SDUSD?

6 Reasons Why Singapore Math Might Just Be the Better Way

“When is Cheryl’s birthday?”

When the ambiguous high school math problem went viral in April, complete with a handful of seemingly arbitrary answers, it sent many older Americans into a tailspin of confusion. Given the relatively cryptic clues provided, so many wondered, how could you possibly arrive at a definitive answer.

But the quiz wasn’t designed for American adults; it was developed for advanced teenagers in Singapore — and as it’s reached stumped web surfers around the globe, it became the most visible example yet of a national approach to math education that’s raising the bar.

Since the 1980s, schools in Singapore have taken an innovative approach to teaching elementary math — a curriculum that focuses on problem solving with pictures and diagrams. Before the switch, the country’s math students “weren’t even registering on the charts as far as international ratings go,” says Dan Brillon, director of Singapore Math Inc., a company that distributes Singaporean math textbooks in the United States.

Within a decade,  Singapore “shot to the top.” 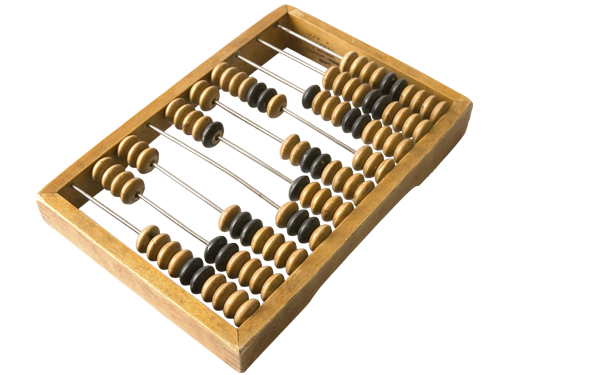 We thought is was a very interesting article that suggested a new approach to math proficiency.

One would think that if a whole country could implement these strategies, a school district should be able to come up with a way.

But we do not believe Singapore math, or any advanced educational strategy, can be successfully implemented by the current incompetent Marten regime and her incompetent acolytes.

“I was never a prisoner of any theory. What guided me were reason and reality. The acid test I applied to every theory or scheme was: Would it work? The acid test is in performance, not promises. It is not from weakness that one commands respect. As long as the leaders take care of their people, they will obey the leaders.” – Lee Kuan Yew, Former Prime Minister of Singapore

Are you listening Cindy Marten?