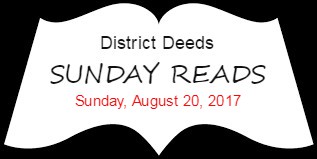 The 2017 EdNext Poll on School Reform

This report covers 10 main topics. Some of the key findings are:

2. Common Core. Support for using the same academic standards across the states has risen since 2016—as long as the “brand name” of Common Core is not mentioned. When the Common Core name is stated, the level of support remains essentially the same as it was one year ago, but when the question simply asks about standards “that are the same across the states,” public support rises by 5 percentage points over what was observed last year.

3. Federalism. Compared with 2015, the public prefers a smaller role in education for the federal government and a larger role for local governments in three policy areas: setting standards, identifying failing schools, and fixing failing school. However, a clear plurality continue to prefer that state governments play the predominant role in these areas.

4. Teacher policies. The public is showing an increased resistance to change when it comes to policies affecting teachers. The percentages favoring merit pay, an end to teacher tenure, and increases in teacher salaries are all down about 5 percentage points. In each case, however, a plurality continue to support reform.

5. Trump effect. Half of the respondents were told of Trump’s position on four issues—Common Core, charter schools, tax credits, and merit pay. The other half were asked the same question without mention of the president. In general, the effect of being told the president’s position was to boost support among Republicans and reduce it among Democrats. The overall impact, however, was roughly nil.

6. Immigration and English-only instruction. Two thirds of the public prefer that students whose native tongue is not English be immersed in English-only classrooms. That percentage remains the same when the students are identified specifically as immigrants. Among whites, 75% of those without a university degree prefer English-only classrooms, compared to 60% of those holding a degree. The public is equally divided as to whether school districts should receive extra federal assistance if they have a sizable percentage of immigrant students.

8. Religious afterschool student clubs. The general public is more favorable toward allowing Muslim students to form afterschool clubs than it was in 2008. At that time, 27% supported such clubs, 23% opposed them, and 50% took a neutral position. In 2017, those percentages are 45% support, 27% oppose, and 28% neutral.

9. Parents’ aspirations for their children’s higher education. Two thirds of the public would have their child pursue a four-year university degree, while only 22% would choose a two-year associate’s degree at a community college, and 11% would choose neither. These percentages do not change significantly when respondents receive information about both the costs and the earnings associated with each degree. However, the cost-and-earnings information shifts the share of Hispanic respondents preferring the four-year degree upward to levels comparable to those among whites. Meanwhile, 75% of Democrats not provided information would prefer their child to pursue a four-year degree, as compared to 57% of Republicans. This partisan difference disappears when respondents receive information about the costs and benefits of the bachelor’s and associate’s degrees. When informed, the percentage preferring the four-year degree is 66% for Democrats and Republicans alike.

10. Varying views by level of education. Among white respondents, 64% of those with a university degree say their local schools deserve a “grade” of A or B, while only 51% of those without that degree rate their local schools that highly. Respondents’ views also varied with their level of education on other issues, including school spending, teacher salaries, merit pay, and school vouchers.

This is a great resource to get a feel for the current opinions on education with many interactive charts.

One thing to remember is that these are opinions…not fact.  It is very interesting to compare the opinions with relevant studies and see how perception matches the reality.

Although the attention grabbing headline by the media (like the AP) is the Charter School drop in popularity, the poll actually addresses a large number of school related issues…from Teacher Policies to Federalism to Immigration to English Only Instruction…well worth reviewing for all our readers.

We also know families are always looking for better options. Those who can afford it pay for private school or move to wealthier neighborhoods which are zoned for better schools. Others seek out magnet or International Baccalaureate programs within existing schools. Those who can’t afford private schools or fancy neighborhoods seek out vouchers or tax credit scholarships to help them escape low-performing schools, and many millions—more than can be accommodated—try to improve their prospects by putting their names into lotteries or on waiting lists at charter schools.

Nina Rees, president of the National Alliance for Public Charter Schools, says more than 300 public charter schools opened last year, with a total of over 6,900 charter schools serving over 3 million students across the country.

All of these families have something in common. They all want better for their kids. And while everyone is free to check a box on a survey about what they support, no one should deny families their right to a school they feel better meets their needs.

This commentary strikes at the heart of why many SDUSD parents decide to move their students to Private and Charter School.

The task force saw the employment of non-union charter school teachers as a form of “outsourcing,” and recommended organizing them to prevent a decline in union membership.

This isn’t unusual, but the task force’s rationale was astonishing in its forthrightness. The report notes that the state’s public sector collective bargaining law granted unions “a legal monopoly” and explains why that’s important:

“Once we obtain majority representative status, PSEA becomes the exclusive bargaining agent. IN NO OTHER ENDEAVOR PSEA UNDERTAKES CAN IT ENJOY THIS EXCLUSIVE POSITION … The main source of PSEA’s influence is that almost all Pennsylvania teachers are unionized. If we want to maintain our influence, our ability to do ANYTHING, we must make sure that education remains a unionized industry.” (emphasis in original)

The task force warned: “If we lose our grip on the labor supply to the education industry, we will bargain from a position of weakness.”

Having issued this call to arms, the task force set out a strategy. It needed to overcome the fact that the average charter school employed only 16 teachers: Smaller workplaces are harder to organize and not cost-effective for the union to represent. By contrast, it could use the growth of charter networks against them.

“The 76” is a pro-Charter School biased website but it is always good to read articles that provide insight into the motivations of ALL parties when trying to better understand the political and financial strategies of the adults making BILLIONS of dollars from the education of our students.

The report is a fascinating view of what a state Teachers Union believed was the future and the impact of Charter Schools to their existence,  and the birth of many of the anti-Charter School talking points by Teachers Unions all over the United States.

It is also amazing to see how many of those “anti-charter” talking point legends from 17 years ago have been spoken as fact in recent SDUSD Board Meetings by Supt. Marten and Board Trustees Richard Barrera, John Lee Evans, Kevin Beiser, Mike McQuary and Sharon Whitehurst Payne to financially ensure their re-elections…what a shame!

Both the article and the report are well worth reading.

This brings us to the “Quote of the Week”:

“This is the West, sir. When the legend becomes fact, print the legend.”

Have A Great Week