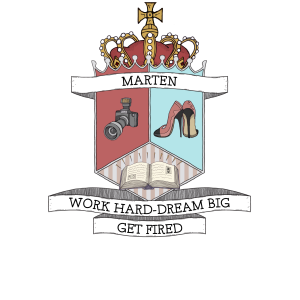 Tonight, Tuesday, June 9, 2015, at 5:00 pm, in the Eugene Brucker Education Center,  the San Diego Board of Education (BOE) will have their chance, AGAIN, to correct ANOTHER ill-advised decision by their totally incompetent and defiant Superintendent Cindy Marten.  Apparently Marten only takes direction from one BOE Trustee…Grand Jury Accused Trustee Marne Foster.

To recap for new readers of this blog, back in November, 2014 Marten had tried to bully her way to a poor decision to move the SDUSD School Year to before Labor Day for both the 2015/16 and the 2016/17 school year using a clumsy robocall and a Marten subordinate stacked Calendar Committee.

We followed up with a post on December 8th, 2015 that alerted SDUSD Stakeholders to the BOE Meeting and provided the results of the poll that showed that ONLY 37% of those polled were in favor of the Pre-Labor Day start date.

The positive results of the SDUSD Stakeholder outcry was the San Diego BOE VOTING DOWN the Marten recommendation for 2015/16 and sending her back for more Stakeholder collaboration on the 2016/17 school date start change  to pre-Labor Day:

As the community discussions commenced regarding the 2015/16 School Start Date, virtually EVERY Cluster was AGAINST the pre-Labor Day option.  We blogged a couple more posts in March after having the chance to review ALL the evidence and not just the skewed report prepared by the SDUSD.  On March 25th District Deeds compiled a list of 4 reasons for the BOE to DENY the Pre-Labor Day option here:

Then, two days later we had the honor of posting a Letter To The SDUSD by Ms. Heather Worms, a dedicated and committed Parent and Volunteer adding a point by point rebuttal of Marten and the SDUSD position to start pre-Labor Day here:

Now Marten is back at her Monarchy ways again and TOTALLY IGNORING STAKEHOLDER INPUT!

The POST_LABOR DAY START was supported with a resounding 66% to 34% edge in 4,665 votes (as described in the San Diego Union Tribune article titled School could start before Labor Day in SD) taken at Cluster meetings and online from a wide variety of Stakeholders to add to similar results in the clumsy robocall poll mentioned earlier.

IT WAS A LANDSLIDE IN FAVOR OF KEEPING THE START DATE AFTER LABOR DAY!

What has the incompetent Elementary School Superintendent decided to do given the point by point rebuttal destroying her earlier position to move the School Start Date to pre-Labor Day and OVERWHELMING STAKEHOLDER OPINION OPPOSING THE MOVE TO PRE-LABOR DAY?

Marten’s recommendation is to IGNORE THE LANDSLIDE SUPPORT FOR A POST LABOR DAY START AND RECOMMEND PRE-LABOR DAY SCHOOL START TO THE BOE!

What planet is the incompetent Cindy Marten from?

In the BOE Meeting in December that denied her request for early start date in 2015/16:

SDUSD Students CAN STILL “be “enriched and learn” as much from being with their loving families as they can in a sweltering classroom”.  Family enrichment and classroom sweltering heat in 2016/17 will be no different.

And the resounding sentiment FROM THAT DISCUSSION is FOR the POST LABOR DAY START DATE!

THE Cluster Congress was OVERWHELMINGLY IN FAVOR OF KEEPING THE POST LABOR DAY SCHOOL START IN 2016/17!

Two Stakeholder Surveys from November 2014 to the present were OVERWHELMINGLY IN FAVOR OF KEEPING THE POST LABOR DAY START DATE!

Two members of the SDUSD Calendar Committee representing 130,000 students BOTH VOTED FOR THE POST LABOR DAY START DATE so…

As indicated above, MARTEN COMPLETELY IGNORED PUBLIC COMMENT AND OPINION ON THE DATE CHANGE.  In fact Marten probably wouldn’t know what REAL community collaboration and community actually is” if it bit her where…well…you know where!…AND, at this point,  Trustee Beiser CANNOT BELIEVE she is capable of doing it…so…

On top of it all…remember the brave Parent who was willing to rebut the SDUSD justifications for the early start point by point?

Cindy Marten decided to announce the removal of the Principal where she is the PTO President ON MONDAY and had her Area Superintendent schedule the Parent Meeting to discuss the Principal replacement TONIGHT…AT THE SAME TIME AS THE BOARD MEETING!

District Deeds thinks it is just another way for Marten to combine the Principal Selection Sideshow for fake collaboration at the most inconvenient and short time frame for Stakeholders while eliminating the possibility of an eloquent Parent defeating her at a BOE meeting AGAIN!

The only other reason for this ill-advised decision TO SUPPORT AN UNPOPULAR POSITION TO THE BOE is that it could draw attention AWAY from her other Blunders and Serious Indictments like:

The San Diego Grand Jury Report proving her as an accomplice in improper actions by Meddlin’ Marne Foster:

And the ELST/ELL Student Support Disaster: 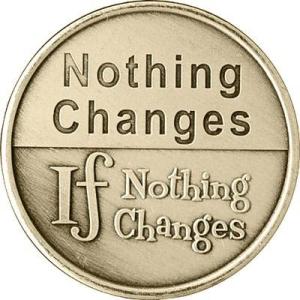 TO: ELL FAMILIES
FROM: CINDY ‘ACCOMPLICE’ MARTEN, SDUSD OLA, AND DELAC BOARD

And the Purge of highly qualified Administrators (WHICH SHE WILL CONTINUE TO ELIMINATE 6 – 10 MORE TONIGHT!): 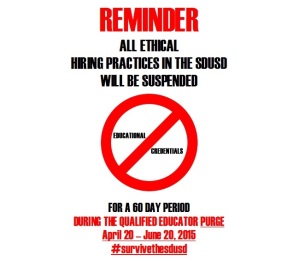 THE SDUSD – MARTEN “PURGE” HAS BEGUN! – Say Goodbye to Your Highly Qualified Principals and Vice Principals Before they Disappear! #survivethesdusd

Choose YOUR Marten blunder/indictment and GO TO THE BOARD MEETING TONIGHT AT 5:00 PM AT THE BRUCKER EDUCATION CENTER TO VOICE YOUR OPINION OR WATCH IT ON SANDI.NET HERE: Board Of Education Broadcast/Webcast