Writing is more important than ever, but many of today’s students are lousy at it. John Warner has some ideas about why that is, and how to fix it.

Warner has been teaching writing at colleges for more than 20 years. And he’s written two books on the topic, including his most recent, called “Why They Can’t Write.”

Part of the problem, he says, is technology. In some cases the very technologies that were intended to improve writing, like automatic-essay grading software, have backfired by encouraging a kind of paint-by-numbers approach to writing.

EdSurge: I’ve certainly heard professors grumble that their students are bad at writing. But in your latest book, “Why Can’t They Write,” you say that students are surprisingly confident about their writing abilities, even though you see them as poor. How do you explain this disconnect?

Warner: Students may have gotten good grades on the kinds of writing they’ve been asked to do, either in school or on a standardized assessment. They know they’ve performed well on what I call “in the book writing related simulations,” which is mostly what I think they’re asked to do in school. The purpose is to sort of prove that they can demonstrate a limited set of moves that make it look like you know how to write.

You’re saying they’ve been trained to essentially act like a writer, and behave how they think a writer would?

That’s exactly it. In the book I say the equivalent would be if in an acting class we taught exclusively through asking students to do specific imitations of actors in specific roles. We’d have like De Niro 101 or Streep 413. And they wouldn’t even be acting like them, they would just be imitating a particular performance.

So to get a good grade, they’d have to nail a De Niro impression?

Yeah. It comes from this sort of highly prescriptive practice that’s privileged because they’re going to be assessed on a very narrow range of abilities. That’s why the subtitle of my book is “killing the five-paragraph essay and other necessities.” A lot of my students arrive having written exclusively five-paragraph essays. And they’ve been told things like never use I, never write with contractions, every sentence must be between five and seven sentences. And then another student will argue and say, “No, no, no. It’s seven to nine sentences, that’s what I was told.”

But then they get to college, in a first-year writing class like I’ve spent many years teaching, and I pull the rug out from under them and say, “Every piece of writing is a custom job. There are no rules. We have to think through these problems.” And they feel bummed or betrayed or frustrated that I’ve changed the game on them. They understood the game and were doing well at the game, and now the game’s different. What I’m saying is, it’s not a game, it’s actually something substantive and real that we want to ask them to do.

A very interesting article that exposes the gaps in technology created specifically to  support Student writing skills and actually does the opposite.  Many of the items discussed regarding the writing process ring true based on our own experiences in writing District Deeds.

When everything is said and done, no computer program or application can replace a skilled writing Teachers’ fair assessment of Student writing assignments.

In a perverse sort of way, the San Diego Unified School District (SDUSD) is becoming much less dependent on instructional technology.  As we have described many times, incompetent Elementary School Superintendent (ESS) Cindy Marten has neglected to provide adequate technical support to SDUSD Schools and Students so Teachers are forced to provide assessments the old fashioned way…through actually READING and Assessing the essays produced by their Students.

To paraphrase an old saying…Even an incompetent Superintendent finds an educational improvement once in a while.

“Watching him grow and seeing the things that he needed to help him grow is what caused me to see that I’ve got 25 kids in here who could use the same as my son,” said Jessica Haynes, a 2nd grade teacher at Nutter Fort Primary.

Six years ago, Haynes and her husband adopted one of her students who was living in a children’s shelter and suffering from developmental trauma.

While caring for her son, Haynes realized the importance of kids learning how to handle stress and trauma, and is now teaching those lessons to her students.

To help give kids a place to self-regulate, classrooms have set up sensory corners.

These areas were designed by students with items that help clear their minds and relax them. Any student can go into the sensory area to help them cope with a variety of stressors.

“We have the occasional things where police have come to the house in the middle of the night, and so they know they need to probably sit in there for about 15 minutes to regain some focus,” said Haynes. “Or even for kids playing sports who are stressed about not winning.”

Haynes says while these sensory corners help teach their students how to care for themselves and take mental breaks, they also help with teacher burnout.

What a simple, effective way to help both Students and Teachers through difficult stressors throughout the school day.

This story proves that an innovative and intelligent school or district does not need millions of dollars to effectively improve the lives of the dedicated Students and Teachers that they have sworn to serve.

We hope that some of our innovative and intelligent Principals implement this idea in their classrooms.

But those Principals will have to do it alone given the dearth of innovation and intelligence in the ESS Marten leadership void. 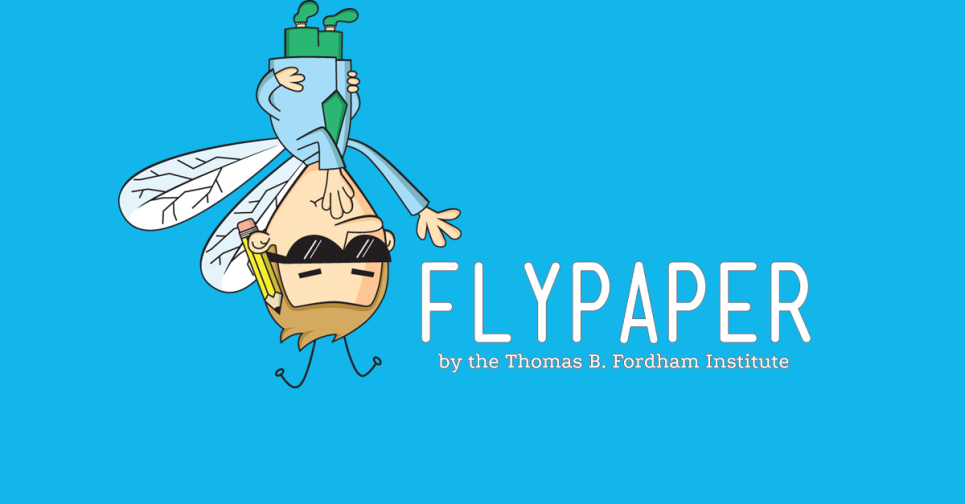 A little over a year ago, Education Week ran an op-ed arguing for “gradeless classrooms” and an “end to the perpetual lies” that numbers and letters tell about learning. “Honor and merit rolls would disappear. There would be no school valedictorian,” wrote an ed guru named Mark Barnes, weaving a breathless tale of schooling utopia. “Clubs that celebrate high performers would disband. Many colleges and universities would change how they admit incoming freshmen, and academic scholarships would need a makeover.”

Doug Lemov responded pointedly, almost plaintively. “The problem is that when I close my eyes and imagine a world without GPAs and report cards and tests, I don’t see Utopia,” he wrote in a blog post. “I see aristocracy.”

There will always be scarcity of high-end educational opportunities, so you have to have some way to sort it out, Lemov noted. “Meritocracy is the best way to do that, and meritocracy requires valuation,” he wrote. “When there is no grounds to judge, the elites will win all the perquisites. This is to say that when meritocracy disappears, aristocracy returns.”

In the aftermath of the Varsity Blues scandal, a familiar litany of fixes is on offer to make college admissions more fair and equitable: Get rid of the common application; stop participating in the U.S. News college rankings that drive the academic and prestige arms race; and, of course, stop requiring the SAT and ACT standardized tests for college admissions. But nearly every solution to make college admissions more fair would make it more subjective. And that ensures that those who are already winning the race would maintain and extend their lead.

In a perceptive essay in The Washington Post, Jonathan Wai, Matt Brown, and Christopher Chabris observed that if the SAT were merely a test of wealth, as its critics insist, then privileged parents would not have to cheat. “In reality, they had to fake intellectual ability—the one thing they could not buy.” Campaigning to remove standardized tests from college admissions, they noted, would serve precisely the interests of “the worried one-percenter.” It would “increase the importance of extracurricular activities, interviews and athletics, and wealth provides many more options for gaming these squishy metrics,” they wrote. Advantage, aristocrats, and moneyed status-seekers.

It’s an unsatisfying challenge to defend the meritocracy; it is a weak defense to say only that the alternatives are far worse. But they are foreseeably far worse. When you remove merit from the system, dismiss any hope of identifying it or pretend it does not exist at all, the advantages accrue to those who do not need to rely on merit to advance their interests. Every argument for subjectivity is an argument for aristocracy.

Likewise, it is completely understandable that those who hunger for social justice would attack the various institutions and mechanisms that appear at a glance to prop up privilege. But in doing so, they risk ceding even more to a ruling class and fighting over their crumbs.

We agree completely with the author of this article.

District Deeds is tired of hearing from ESS Marten, and her crony Board of Education unofficially led by Trustee “Tricky Dick” Barrera, use the excuse that “Students are more than a Test Score” while corrupting or subverting every possible way to measure the lack of actual Student Educational progress under their corrupt and incompetent leadership.

We have already exposed the horrible decisions by Marten, Barrera and the rest though administrative policies that penalize students and families of color.  As the article clearly explains, attitudes and narratives like “Students are more than a Test Score” just create a larger disadvantage for the neediest of Students.

All “Students are more than a test score.” accomplishes is to provide a marketing slogan to cover up unethical SDUSD practices.

“A real democracy would be a meritocracy where those born in the lower ranks could rise as far as their natural talents and discipline might take them.” – Doris Kearns Goodwin