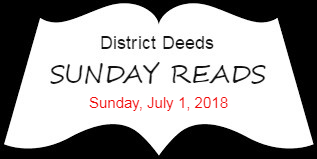 The graduation rate among the state’s high school seniors has been steadily gaining since 2010. But a new federal audit suggests it may not be as good as reported.

As a result, the CDE has agreed to implement more rigorous policies governing how students are officially designated as high school graduates.

The CDE estimated these changes could drop the statewide graduation rate by 2 percent, but could also have more significant impacts on specific local educational agencies and individual schools.

California’s graduation rate among students who began high school in 2012-13 was 83.2 percent, just above the national average of 82 percent.

A high school diploma’s representation of student skill has long been a source of controversy nationwide. Before Congress adopted the Every Student Succeeds Act in 2015, states had far more discretion over who was awarded a diploma and what was required to receive one.

Here is the Federal Report:  Calculating and Reporting Graduation Rates in California

This is no surprise, especially to San Diego Unified School District (SDUSD) Stakeholders who have been conned by the fake grad rates promoted by huckster Superintendent Cindy Marten and her Board if Education cronies…especially Richard “Tricky Dick” Barrera.

A key quote from the California Department of Education (CDE) puts the responsibility…and BLAME…for fake grad rates on the Local Education Authority (LEA)…in our case, the SDUSD:

Although the CDE disputes the notion that it has not properly supervised and ensured the accuracy of the graduation rate, state officials also said in written comments that the CDE is not responsible for the fidelity of the system.

“The CDE concurs that it did not monitor local entities’ processes to ensure that students who graduated met State graduation requirements,” said Michelle Zumot, chief deputy superintendent in a Nov. 6, 2017 letter to the U.S. Department of Education. “This was not an oversight nor a deficiency by the CDE.

“The CDE will seek to increase monitoring within their limited authority resources,” Zumot said. “California is a local control state, which means that local school boards are responsible for ensuring that students graduating from schools under their purview meet local and state graduation requirements.”

Maybe by this increased exposure of these fake grad rate scams, the CDE will actually do their job and investigate the fake grad rates presented by the SDUSD.

There is one bright spot however.

The successful fake grad rate campaign by Marten and her Board of Ed cronies proves that they are at least competent in one area…manipulating data and deceiving the public.

Congratulation Cindy and Tricky Dick…you are not 100% incompetent!!!

The Victims of Unearned Diplomas

Upwards of 3.6 million high school seniors graduated this year, and most of them left twelfth grade with a reasonable complement of the knowledge and skills we expect of those taking their first steps into adulthood—be that college, career or technical training, military service, even a fruitful “gap year.” Most—but not all. Recent scandals in Washington, D.C., Maryland, and elsewhere have made clear that far too many young people are being shuttled through secondary school with little regard for whether they leave with the requisite skills.

Pressure to boost graduation rates plays a role—but so do complex motivations like empathy and fear for kids’ future well-being. It’s these latter impulses that lead folks to believe that easing expectations, at least for especially disadvantaged students, is a victimless act, maybe even a noble one. “These struggling students will be even worse off without diplomas!” such a person might declare. “So what if they missed some days of school? They made it this far, and we can’t mess with their futures. Let’s get them across the finish line.”

But step back a moment and you will see the harm. Awarding diplomas to students who miss weeks of school diminishes the credential’s meaning. And the excuses we have made for these near-passing students are built on slippery slopes: As we saw in D.C.’s Ballou High School and elsewhere, overlooking weeks of missed schools can easily turn into overlooking months. The Washington Post reported last week that the response of D.C. Public Schools to the scandal is to soften the official attendance policy so that more students can graduate, an example of “defining deviancy down.” In the end, the meaning of the diploma is lost.

This is a familiar story to anyone who has been reading District Deeds.  We were one of the first news outlets to expose the shenanigans being pulled by the SDUSD leadership to improperly “get them across the finish line.”

This improper activity sanctioned by the current Superintendent Cindy Marten and her senior staff is not just a dereliction of their duty to effectively educate our children but also a complete betrayal and disservice to all our Students.

We must ALL hold them accountable!

How transparent Is School Data When Parents Can’t Find It Or Understand It?

When Mosi Zuberi learned that his 18-year-old son, Kaja, might not graduate from McClymonds High School in Oakland, he anguished over his parenting missteps, wondering where he had gone wrong. Yet, after seeing data from the California School Dashboard and learning that close to one-fifth of McClymonds’ students were not graduating, he mentally shifted some accountability to the school, seeing a systemic failure to meet the needs of all students.

Zuberi, like many parents across the country, felt he could have been a better advocate for his child had data about the school been more explicit and easier to find.

Data has become particularly relevant for parents whose children attend low-performing schools. It can answer questions about school safety, disciplinary actions taken against certain student groups, graduation rates, attendance and academic performance. Several parents with children in low-performing schools view a child’s academic struggles as an individual responsibility — their child’s fault, or their own — but access to and understanding of school data can help them identify broader problems. For example, is only their child reading below grade-level or are a majority of the students? With better understanding, they can take action — invest in a tutor if the problem is isolated, for example, or demand that their district spend more on reading programs if the issue is widespread.

Many parents, however, experience educational, technological and language barriers to accessing and understanding data, limiting their ability to make informed decisions about their children.

To address this problem, grassroots parent-networks have been sprouting up to give parents the tools they need to make use of public data systems. In addition, federal and many local governments are advocating for policies that would make educational data — similar to what Zuberi saw on the California School Dashboard — more accessible, transparent and helpful to parents. In January 2017, the Department of Education issued guidance informing local education officials about the need to produce public “report cards,” with data about student achievement, graduation rates and other indicators in concise “language that parents can understand.” These changes could offer parents like Zuberi a deeper understanding of the educational systems in their communities.

REALLY understanding the California School Dashboard is a struggle for many families with Students attending SDUSD schools.

Despite attending dozens of SDUSD sanctioned meetings over the last 3 years, we have not heard even one attempt by senior SDUSD Leadership promote or assist SDUSD families in understanding the California School Dashboard.

The additional challenge in the SDUSD are for parents of Engish language learners, as the article mentions:

Kowalski also notes that parents of English language learners are often shut out from understanding school data because it appears only in English.

It appears the clear cut strategy for the SDUSD leadership and its Vision 2020 goal of “a quality school in every neighborhood” is for the district to actually AVOID revealing the quality level of your neighborhood school!

But, as usual, the clumsy attempts of senior SDUSD leadership to obfuscate the actual quality of local schools is clearly being exposed as evidenced by the flight to charter schools by those very families they are attempting to deceive.

OBVIOUSLY SDUSD Stakeholders are NOT as dumb as the SDUSD leadership thinks.

“I’ve come to learn there is a virtuous cycle to transparency and a very vicious cycle of obfuscation.  –Jeff Weiner