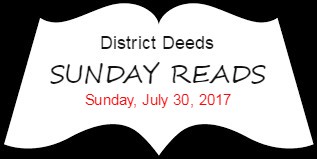 Why the Myth of Meritocracy Hurts Kids of Color

“If you’re in an advantaged position in society, believing the system is fair and that everyone could just get ahead if they just tried hard enough doesn’t create any conflict for you … [you] can feel good about how [you] made it,” said Erin Godfrey, the study’s lead author and an assistant professor of applied psychology at New York University’s Steinhardt School. But for those marginalized by the system—economically, racially, and ethnically—believing the system is fair puts them in conflict with themselves and can have negative consequences.“If the system is fair, why am I seeing that everybody who has brown skin is in this kind of job? You’re having to think about that … like you’re not as good, or your social group isn’t as good,” Godfrey said. “That’s the piece … that I was trying to really get at [by studying] these kids.”

The findings build upon a body of literature on “system justification”—a social-psychology theory that believes humans tend to defend, bolster, or rationalize the status quo and see overarching social, economic, and political systems as good, fair, and legitimate. System justification is a distinctively American notion, Godfrey said, built on myths used to justify inequities, like “If you just work hard enough you can pull yourself up by your bootstraps … it’s just a matter of motivation and talent and grit.” Yet, as she and her colleagues discovered, these beliefs can be a liability for disadvantaged adolescents once their identity as a member of a marginalized group begins to gel—and once they become keenly aware of how institutional discrimination disadvantages them and their group.

The study that this article describes provides some sobering insights into institutional discrimination that we think is extremely relevant to all San Diego Unified School District (SDUSD) Stakeholders.

It is easy to see how the old saying that “perception is reality” can form our approach to the way we carry out our lives and our perception of others from a very early age.  The article also changes our concept of equity once we look at institutionalized expectations based on whether or not your are a member of a “marginalized group.

Here is a link to the study that you can review for a fee:

For Better or Worse? System-Justifying Beliefs in Sixth-Grade Predict Trajectories of Self-Esteem and Behavior Across Early Adolescence

The ‘Word Gap’ and 1 City’s Plan to Close It

Two decades ago, researchers Betty Hart and Todd Risley revealed a particularly stark difference in the experiences of toddlers with different income levels. As Hart and Risley described it, low-income infants hear many fewer words per day than their middle and high-income peers, totaling to a 30-million-word difference by age three. They coined this discrepancy “the word gap.” Hart and Risley also found that students who had heard fewer words as toddlers correlated with worse performance on tests of vocabulary and language development years later.

Though a small city with fewer than 200,000 residents, Providence faces challenges that are common across larger urban areas. In 2013, when the city won the Mayors Challenge, 85 percent of Providence Public School District students were eligible for free or reduced-price lunch, and only 66 percent of students graduated high school in four years. Barely 30 percent of students entering kindergarten demonstrated benchmark early literacy skills. To the extent that Providence is successful in minimizing the word gap, its efforts could be informative for cities across the United States.

Providence’s program–titled Providence Talks–relied on a recording device called a “word pedometer” to monitor and improve spoken word counts in low-income homes. The program originally paired families with in-home coaches to analyze the data from the pedometer, and as the program scaled up to its peak of more than 1,300 toddlers, Providence Talks adopted other structures as well. For example, the family playgroup model facilitated conversations between parents about child development and strategies to increase engagement with children, while the leader analyzed each family’s recordings with the adults before or afterwards. Every visit, in the home or to a playgroup, included a free book for families to keep.

The first thing we thought of is the impact of this word gap to many of our Kindergarten Students in the schools with extremely high levels of “Free and Reduced Lunch” Students.  We also thought about SDUSD English Language Learners (ELL’s) who not only have to learn a new language but may start their education with a sizable “word gap” due to the double impact of low-income and english language challenges.

It is refreshing to read that there is the potential, with a qualified Superintendent, Board of Education  and senior staff, to create, develop and implement an innovative program, within budget, responsive to families and students that need educational supports the most.

Maybe some day in the near future San Diego Unified will be able to have the same type of highly qualified leadership and innovation as the Providence Public School District that serves approximately 1/6th of the students (23,561 students in 43 schools) as the SDUSD.

Teachers With Student Debt: These Are Their Stories

Teachers have one of the lowest-paid professional jobs in the U.S. You need a bachelor’s degree, which can be costly — an equation that often means a lot of student loans. We’ve reported on the factors that make this particular job even more vulnerable to a ton of debt, including chronically low teacher pay, the increasing pressure to get a master’s degree and the many ways to repay loans or apply for loan forgiveness.

Unfortunately new Teachers in the SDUSD have a number of other challenges added to their debt including lack of job security and lack of funding for the most basic of classroom supply needs.  Add to it the turnover of over 130 experienced Principals to rookie “wannabes” with far less credentials and the toxic district work environment, both of which created by the Supt. Cindy Marten regime, and you have a miserable workplace situation

Is it any wonder Teachers and Staff are willing to take pay cuts, even with large student debt, and flee the Marten-led SDUSD along with their Students?

And now for our Quote of the Week:

“What we seek we shall find; what we flee from flees from us.”

Have a Great Week!!!