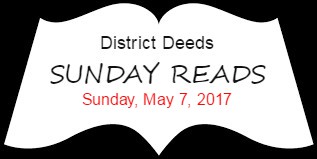 “Los Angeles Unified has steered additional money to high schools with large concentrations of disadvantaged students over the past three years, but failed to do so for elementary schools, a report released Monday concluded. For those schools, the district ignored the requirement of the Local Control Funding Formula to direct extra resources and establish effective programs in schools with low-income students, foster youths, homeless students and English learners, which the law defines as high-needs students.”

Given the large increase of funds from California over the last 4 years since San Diego Unified Superintendent Cindy Marten was appointed and the corresponding decrease in support to the neediest of students, it appears that the SAME misuse of LCFF resources could be occurring in the San Diego Unified School District (SDUSD),

Maybe UCSD or San Diego State along with the United Way of San Diego could fund a similar study for all of the SDUSD Students.

That is unless the “cross-pollination” between these educational and non-profit organizations prevent a similar study to be done.

Or maybe even better, the San Diego County Office of Education could financially and operationally audit San Diego Unified in the wake of the current $124 million Budget Deficit Scandal to be sure that funds have NOT been improperly diverted to cover the Marten financial mismanagement disaster that they had already warned the SDUSD about in November.

After all, it wouldn’t be the first time the SDUSD violated federal spending guidelines.

The NEW SDUSD CFO Gamy Rayburn had a problem with Federal funds when she worked in the SDUSD back in 2008 according to a Voice of San Diego article titled : “How San Diego Unified Will Repay … Itself”:

“San Diego Unified will repay its own federally funded education programs nearly $700,000 by billing less money from those programs for overhead during this and the next two school years, Chief Financial Officer James Masias said Tuesday. The repayments are part of a settlement with the U.S. Department of Education after the school district was found to have inappropriately charged federal funds earmarked for child nutrition, disadvantaged students and other purposes more than $3 million in costs for its last “golden handshake,” a bonus to encourage veteran employees to leave in 2003.

“We needed to get prior approval (from the federal government) for it to be a valid charge,” said Gamy Rayburn, who oversees budgeting in the school district. “That is what we failed to do.””

District Deeds wonders how much “prior approval” has been ignored while trying to fill the huge 124 million dollar hole in the current SDUSD budget.

“Turn it off right now!” – Study shows that as children’s screen time goes up, their grades fall. – Great Schools

“What effect does all this screen time have on kids’ academics? Many parents and experts have suspected that the effects aren’t good and now there’s hard evidence to prove it. A three-year research project, known as “The Learning Habit Study,” identified a direct link between screen time and declining grades.

Interesting article that includes a link to a study showing the impact of Student usage of devices.  If excess usage of devices has proven to lower grades and actual learning, District Deeds wonders what all the online credit recover class”screen time”, imposed upon Students to improve graduation rate by SDUSD leadership, actually lowers real learning and is a barrier to preparing them for life after graduation.

The Quiet Wave of School District Secessions – Since 1986, 47 school districts have splintered off to create their own whiter and wealthier districts. – U.S News and World Report

“In total, 30 states have a process in place allowing districts to secede, according to a legislative analysis by researchers at EdBuild, who are preparing to publish a report on secessions next month. Of those 30 states, only 17 require consideration be given to the secession’s impact on students, and only six require consideration be given to the impact on socioeconomic factors and diversity. Moreover, only nine states require a study of the potential fiscal impact to the district.

“Said another way, in 21 states school districts can secede in order to create massive differences in school funding without there needing to be any remediation,” Sibilia says. “As you start to look at the detail related to secession policies, you start to realize that this is actually something that’s very permissible in several states.””

This article caught our interest due to rumors of interest within some of the wealthier SDUSD clusters north of Highway 8 to gain independence from the SDUSD clusters with the highest poverty rates.

One could say that the SDUSD 2020 propaganda of a “quality school in every neighborhood” being enforced by slowly eliminating busing this year for the poorest students, the Board of Education approving special “agreements” with wealthier SDUSD clusters and 3 of the 5 Board of Education Trustees elected by areas north of highway 8, this premonition of secession within the SDUSD is becoming a reality.

For the record, District Deeds is opposed to secession and for our readers who agree we dedicate the following quote:

If we do not hang together, we shall surely hang separately. – Benjamin Franklin