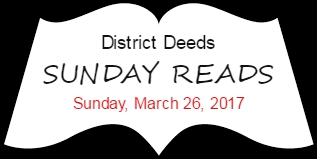 “Why is our Public School Trying to Get Rid of My Child?” – Great! Schools

“The practice of centralizing services has not only angered parents around the country, but inspired multiple lawsuits. The most famous case is the New Jersey case of J.T. versus Dumont Public Schools, filed on behalf of a kindergartner with autism who was forced to move to another school in his district.

His attorney, John Rue, says, “If a school district has a rule that says children can go to the school in their neighborhood, then the children with disabilities should also be sent to the neighborhood school unless there is a reason to change that.”

Special ed attorney Lowenkron says it’s no less than a matter of civil rights. “We learned from our experiences of separate not being equal in the civil rights era with children of color,” she explains. “It is no different when looking at children with disabilities.””

“You have to look at whether a district giving out layoff notices is experiencing declining enrollment, or if they have their own unique budget problems. Not every district is the same,” he said.

“That might be a bad thing, but if 2,000 teachers are laid off, aren’t they then available to be hired elsewhere during this catastrophic teacher shortage, perhaps even in areas of greater need? That could be a good thing, couldn’t it?”

A couple articles looking at the paradox of School Districts (including SDUSD) laying off Teachers and still claiming a Teacher “shortage”. Some good examples of how the poor financial management by Marten and the Board is backfiring in more ways than one with their $124 million Budget Disaster Scandal.

“San Diego Unified will repay its own federally funded education programs nearly $700,000 by billing less money from those programs for overhead during this and the next two school years, Chief Financial Officer James Masias said Tuesday. ”

“We needed to get prior approval (from the federal government) for it to be a valid charge,” said Gamy Rayburn, who oversees budgeting in the school district. “That is what we failed to do.”

A “blast from the past” story written by former VOSD reporter Emily Alpert.  The most interesting part is that the NEW CFO that SDUSD Supt. Marten just appointed, Ms. Gamy Rayburn, was part of the Former Superintendent Alan Bersin finance team that improperly took money from Title 1 funds to pay for the deficit at that time and was forced to pay it back by the U.S Department of Education.  Marten and Chief of Staff Stacie Monreal were also brought into the SDUSD by Supt. Bersin.

Looks like Marten is putting the old Alan Bersin Blueprint team together again…right under the nose of the San Diego Education Association (Teachers Union) leadership.  Back in 2005 in a San Diego Union Tribune article, a teacher said “Alan Bersin is a dictator who never took the opinion of the classroom teacher.”

In 2017, how amazing what contract concessions will do to change your view when the Superintendent dictator promoting them is your own patsy.

This appointment also makes you wonder how Marten plans on misapplying Title 1 funds through the current Single Plan for Student Achievement (SPSA) at each SDUSD school now she has another Bersin expert on board!

Be sure to click on the links within the Alpert article to read about the whole scandal.

“The Neuroscience of Singing” – Uplift

“Singing is really, really good for you and the most recent research suggests that group singing is the most exhilarating and transformative of all.”

Finally an upbeat article to end your week!  The study also points out that you don’t have to have a good voice to enjoy the benefits of singing.

The story DIDN”T mention how much harm listening to a voice like ours might do to others.

We promise to sing quietly!