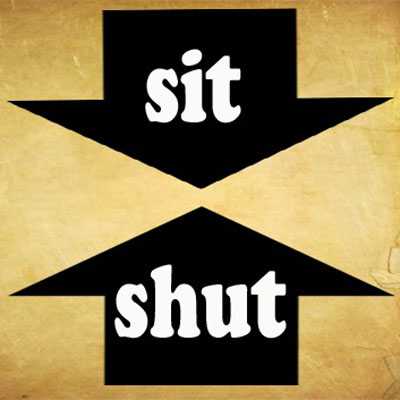 TO: ELL FAMILIES
“SIT DOWN – SHUT UP”
FROM: CINDY ‘ACCOMPLICE’ MARTEN, SDUSD OLA, AND DELAC BOARD

District Deeds attended the DELAC meeting last Thursday, May 30, 2015 and witnessed the WORST EXAMPLE OF San Diego Unified District sponsored VOTER SUPPRESSION AND STAKEHOLDER INPUT in OUR 17 years in the SDUSD!!! (En Español)

The issues that have made it the worst are threefold:

It should be noted that the ELST Uniform Complaint that the DELAC Board threw away had been APPROVED UNANIMOUSLY ONLY A FEW MONTHS BEFORE BY ALL DELAC REPRESENTATIVES!!!

The excuse by the DELAC Board to NOT allow Motions and Discussion?

“A motion cannot be made in the meeting unless it is on the Agenda.”

The full leadership of the OLA Office AND a current Board of Education Trustee (who, to his credit, understood he does have restrictions on participating and actually refrained from doing so unlike Grand Jury Accused Meddling Marne Foster)…who KNOW ROBERTS RULES OF ORDER as part of their job…were in attendance…along with the District Spokesperson (read Salesperson) supposedly there to solicit feedback from the DELAC Representatives on the Local Control Accountability Plan (LCAP)…DID ABSOLUTELY NOTHING!!!

IN FACT THE FEARFUL DELAC BOARD WITH OLA ASSISTANCE EVEN LIMITED QUESTIONS ABOUT THE LCAP FOR FEAR THAT A DELAC MEMBER WOULD HAVE A CHANCE TO VOICE THEIR OPINION ON HOW ADDITIONAL ELST’S SHOULD BE PART OF THE LCAP!!!

As a delaying tactic, a DELAC Board member took over 20 minutes to slowly read, WORD BY WORD, the SDUSD REJECTION of the Uniform Complaint.

This gave the District Spokeperson (Saleswoman) who made the LCAP presentation, who was supposed to be there to get DELAC Member feedback,  the chance to gather her materials and quickly get out of the meeting before Public Comment by DELAC Members and the Public.

Then it was District OLA Director Mary Waldron’s turn to try and run out the clock. Ms. Dougherty droned on for about 15 minutes, repeating the same phrases over and over…obviously unscripted…so that there was only 10 minutes left at the end of the meeting for Public Comment.

By this time, the Trustee from the Board of Education had the chance to leave along with around 40% of the DELAC Meeting attendees.

There were 10 minutes left for 5 speakers and the DELAC Board gave each speaker 2 minutes to speak to the dwindling crowd…the same tactic the SDUSD Board of Education uses to prevent Stakeholder from exposing too much at Board meetings.

During Public Testimony a DELAC Board Member tried to interrupt speakers which further reduced the amount of time of Stakeholders to speak.

A District employee with a stopwatch dutifully gave each speaker EXACTLY 2 MINUTES and then rang a bell to stop the testimony.

(District Deeds footnote on the LCAP Sales Job: The LCAP Presentation was little more than the District Salesperson doing a word search on ELL and telling attendees it was included in the plan.  What the Marten Administration obviously DOES NOT KNOW is that ELL students need language supports BUT ARE STILL STUDENTS WHO NEED ALL THE OTHER SUPPORTS TOO!  It was insulting to see the District Administration Salesperson bounce from one ELL phrase to another ignoring all the other items in the plan that will affect the ELL Students.  It was obviously a “box to check” presentation so Marten can say she “consulted” with ELL Families and nothing more.)

We already know that the ELL Plan in the LCAP is already FAILING MISERABLY according to Teachers and Administrators already trying to implement it here: WHISTLEBLOWER – English Language Learner “Concerned ELL Teacher”: Change this Madness!!!

And we know the total ineptness of Accomplice Marten and her Administration as they FILED A UNIFORM COMPLAINT  AGAINST ITSELF REGARDING MARTEN’S IMPROPER REMOVAL OF THE ELST’S HERE:  Cindy Marten’s District BELIEVE IT OR NOT!       San Diego Unified Files DELAC Uniform Complaint AGAINST ITSELF!!!

Now an ELL Parent has stood up to be heard!

Because of that totally improper action by the DELAC Board and the OLA leadership, a Parent and strong ELL Education Advocate Francisca Salcedo from Laura Rodriguez Elementary decided to send an open letter to the DELAC Board via the OLA Leadership, Program Manager Debra Dougherty.

Good Morning Ms. Dougherty and Ms. Allen:
Please forward this email to our DELAC Executive Board Members.
Dear Board Members:
First I would like to express my gratitude for your time and effort as DELAC Board Members.  I appreciate your commitment and understand that as volunteers and parents all of us make extraordinary efforts on behalf of our EL community.
That is why when you as an Executive Board ruled my privileged motion (there are four basic types) I was in utter disbelief.  This is in violation of every Civil Rights protection afforded to every citizen under Title VI.  DELAC is a forum for meaningful parent engagement and genuine dialogue; it is not a place where members are expected to only passively receive information.  As elected Executive Board members, one of your duties is to facilitate this engagement and dialogue.
We need to include an item for approval of the agenda just like we have an item for approval of the minutes.
Furthermore, it is incomprehensible that you as an Executive Board would unilaterally decide NOT TO FILE AN APPEAL on the Uniform Complaint that was VOTED ON UNANIMOUSLY BY DELAC.  Like I stated during yesterday’s DELAC meeting, our current Executive Board is absolutely not representing the majority of DELAC members and is being unduly influenced by the school district through the Office of Language Acquisition (OLA).  This is unethical behavior and I ask that it be corrected immediately.  In addition, I ask that DELAC’s Executive Board be provided with comprehensive training and guidance on parliamentary procedure and on its duties and obligations.
Finally I request that we include a roundtable discussion on the district’s response to DELAC’s Uniform Complaint at the June 18 meeting.  I understand that we will be conducting elections so perhaps we could set a time limit of 15 minutes and we could continue the discussion when we meet again in September.  This Uniform Complaint addresses vital civil rights issues such as discrimination against our minority and EL children and families, so it is absolutely necessary that every DELAC and ELAC member have an opportunity to express their perspective.
Respectfully,
Francisca Salcedo Parent, Laura Rodriguez Elementary

The outrageous actions by the DELAC Board with the support of the OLA leadership it totally reprehensible, unfair and CANNOT BE ALLOWED IN FUTURE DISTRICT SPONSORED MEETINGS!  As Francisca Salcedo says in her final sentence:

“it is absolutely necessary that every DELAC and ELAC member have an opportunity to express their perspective.”

“EVERY DELAC AND ELAC MEMBER” – Not just those DELAC Board Members who are willing to work behind the scenes with Marten henchmen (and henchwomen) to PREVENT FREE SPEECH AND OPEN DISCUSSION of the HARM the Cindy “Accomplice” Marten administrations is doing to ELL Students and Families.

For obvious SDUSD Propaganda reasons and prompted by the OLA Leadership, a DELAC Board Member asked the DELAC Membership to “put the ELST issue behind us”.

To do so would bring dishonor to ALL of us that want the very best education for ALL our kids.

Thank You Francisca and “Concerned ELL Teacher” for your BRAVERY and for letting ALL SDUSD Stakeholders know what is REALLY happening!!!