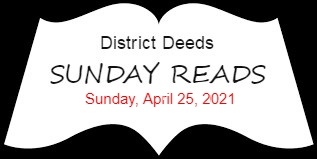 The 8 dissenting votes were all Republican with the 14 affirming votes coming from 11 Democrats and Republican Senators Murkowski. Collins and Burr.

The enabling Democrat Senators along with Republican Senators Murkowski, Collins and Burr allowed Marten to perform her standard act of bloviating endlessly while saying absolutely nothing of substance in reply to their questions.  Martens’ full Senate vote will be coming up in the next few weeks.

Meanwhile, back in the SDUSD, the Marten legacy of lies live on.

This week in Sunday Reads will be reviewing the many distortions by Superintendent Cindy Marten and Trustee Richard Barrera surrounding the cover up of drastically reduced SDUSD enrollment.

We have selected the most relevant portions of the articles for this post but District Deeds strongly urges our readers to click on the titles (in red) and read the full articles for themselves.

We start the analysis with quotes from an article two days ago, April 23, 2021, on KPBS, where Trustee Richard Barrera continued to lie to the the press about the SDUSD enrollment reported by the Supt. Cindy Marten administration.

“This was due to parents who wanted to find some alternative somewhere from what was primarily a distance learning program in our district for most of the year,” said Richard Barrera, president of the San Diego Unified School Board.

Barrera said the most significant drop was in Kindergarten, which is optional for California students.

“We know that we had parents who just decided this was not the year that they wanted their students to start school,” he said. “That was the biggest enrollment decline.”

Just to be clear – the supposed “recently released” SDUSD numbers from KPBS are from October, 2020.  Not so recent.

To refresh our readers memory, on September 6, 2020, before the October enrollment numbers were provided, we posted District Deeds Sunday Reads – Sunday, September 6, 2020: Senators McConnell and Schumer…Check your Facebook Accounts! where we made the following prediction about SDUSD enrollment:

We repeated that same prediction a week later on September 13, 2020.

Remember, since the enrollment numbers for this year will be used for funding next year, the motivation for Marten and Barrera to lie about enrollment this year is HUGE!

After the “official” SDUSD enrollment report was released in October, 2020 indicating a “4% drop”, a good analysis by Reopen San Diego in November, 2020 using those numbers provided an enrollment comparison  from 2019/20 to 2020/21.  The comparison was also used in an article in the Voice of San Diego in December, 2020 regarding enrollment.

Despite the hard work and great reporting by all three media sources to honestly report the facts, they made one BIG mistake.

They all believed the enrollment numbers provided to the State by the SDUSD.

Here is page 8 of the same Public Records Request that may have been used by both Reopen San Diego and the VOSD in Responsive Documents FY20202021.074. 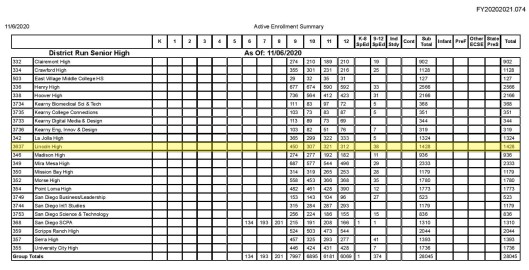 The enrollment for Lincoln High School on the report is 1,428 Students.

As recently as February, 2020 before the Covid Pandemic, our sources heard directly from Trustee Sharon Whitehurst Payne and the Lincoln Principal that enrollment at Lincoln had shrunk to under 900 Students. 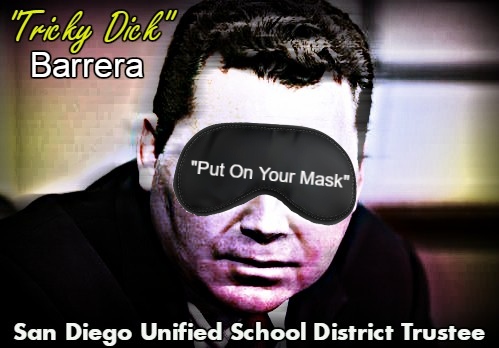 From Dep Sec nominee Cindy Marten and Trustee Richard Barrera we are supposed to believe that the enrollment losses are coming from Kindergarten and enrollment has increased over 500 students at Lincoln since the pandemic began.

Based on that same SDUSD report, Reopen San Diego reported that Lincoln lost 1 Student between the 2019/20 and 2020/21 school years.

Right now the ACTUAL enrollment at Lincoln High School, as reported by sources on campus, is SHOCKING…

Under 500 Students are REALLY enrolled at Lincoln High School!!!

We are getting similar reports of drastically reduced enrollment from our sources at elementary, middle and high schools, both north and south of Interstate 8.

You are willing to lie to the families and students you vowed to serve?

2.  How much has Student enrollment and other key metrics been         intentionally falsified at OTHER SDUSD schools by Marten?

3. If Marten intentionally and willingly provides false Student data in her own school district how can you trust her to be truthful to you and millions of families and taxpayers nationwide?

We challenge Superintendent Cindy Marten to

Prove it Marten or #NoMarten!!!

Now for our quote of the week:

“The problem with a really excellent liar is that you have to just assume they’re always lying.” ― Holly Black