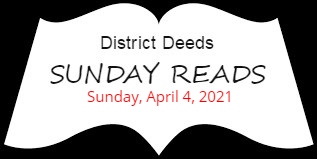 Since the nomination of San Diego Unified School District (SDUSD) Superintendent Cindy Marten to DOE Deputy Secretary in late January, there has been a wave of commentary regarding her qualifications.

Marten’s local, state and national political cronies have written articles, Tweets and Facebook posts supporting the manufactured propaganda image of Marten.  They have accused liberal, progressive Biden voters and organizations as being far right fringe extremists to help boost their own false narrative about Marten. They spout predetermined conclusion studies with cherry picked data by Marten educational ivory tower boosters.  Those same Marten boosters totally ignore the actual on the ground damage she has done for the last 8 years to ALL SDUSD students, especially economically disadvantaged students and students of color.

Today District Deeds has used this edition of Sunday Reads to provide Senators the other side, the HONEST side, of the story from writers nationwide.  These articles cut through the propaganda of the Marten Myth and chronicle the real risks of an approved Marten nomination.   Please pass this on to your Senator as soon as possible so they can make the right choice, based on facts, not crony political propaganda

We have selected a key phrase from each article for our readers but District Deeds strongly urges our readers to click on the title (in red) and read the full article for themselves and forward the article of their choice to a Senator.

To find your Federal Congressperson:  House of Representative Search

After reading this list of 7 Essential Articles, Senators…Democrat, Republican or Independent…who vote in favor of the Marten nomination will have the educational blood of millions of students on their hands.

We Will Not Forget!!!

At her 2013 inaugural “state of the district” superintendent’s address, Marten wowed attendees by stepping into a high-heeled pair of ruby “slippers” and clicking her heels three times while promising that every student would soon attend a high-quality neighborhood school. Despite her supporters’ spin, however, her track record with the city’s most vulnerable students is one of a gap entrenched.

Now, Marten doesn’t want to go home. She wants to go to Washington D.C. to assume an enormously powerful position, overseeing the development of education policy, programs, and activities for the nation. Her record on SDUSD’s achievement gap, ostensibly her prime credential—coupled with other well-documented leadership missteps—makes this a bad idea.

While Ms. Marten is credited with closing the achievement gap in San Diegoand promoting equity in education, data does not support her claims. Students of color accounted for over 20 percent of suspensions despite comprising only 8 percent of the district’s student population, while SDUSD has 14 schools on the state’s “low performing” list. These criticisms are often silenced, however, by accounts stemming from Linda Darling-Hammond’s educational think tank, The Learning Policy Institute, who paint Ms. Marten and the SDUSD in a positive light for progressive public school education.

Among Ms. Marten’s most egregious civil rights violations are accusations that she covered up sexual assault. Indeed, Ms. Marten has not publicly commented on her role in ignoring and trying to hide multiple sexual abuse cases in San Diego, including firing investigators who found SDUSD culpable in covering up sexual assault. Several incidents of elementary school sexual child abuse occurred when students were unsupervised in a school bathroom; later a physics teacher was accused of fondling a student. A student who received special education services was raped by a student with a history of behavioral outbursts. The survivor’s mother was not told of the assault, and the student accused of rape only served a 5-day suspension.

Marten was selected by the Biden administration earlier this month to serve alongside Secretary-designate Miguel Cardona, the former commissioner of education for Connecticut.

The decision was panned, however, by the San Diego Branch of the NAACP, which called it “troubling” — though the chapter noted that “Marten in the past year has attempted to correct harm by conducting anti-Racist trainings.”

“Educators at all levels must have a track record of dismantling the harmful practices of Anti-Blackness and institutional Racism that occur in our schools,” the San Diego NAACP’s statement reads. “Cindy Marten’s district has a historical pattern of disproportionately high suspensions and expulsions of Black students in San Diego.”

Not only does Marten want to keep schools closed in the name of COVID, even though science and health officials have warned against extending students’ remote learning, but she also has spent years of her career and time writing off concerns about sexual assault, violence, and other problems in San Diego schools.

Joe Biden’s nominee for Deputy Secretary of Education apparently does not believe that it’s necessarily a serious issue if a child gets sexually assaulted at school. Nor does she believe that educators have any moral duty, beyond their bureaucratic obligations, to report such abuse to the authorities. These conclusions can be drawn from simply reading Cindy Marten’s own words—spoken under oath, on penalty of perjury.

Under Marten’s leadership, the San Diego Unified School District became notorious for sweeping sexual abuse under the rug. In 2019, the school district paid a $375,000 settlement to Michael Gurrieri, a former school district investigator who claimed that he was fired for refusing to self-censor additional allegations of sexual assault in a report about an incident between two kindergarten students at Green Elementary School. The parents of the alleged victim claimed that the school district stalled its investigation, and that the principal allowed the alleged assailant to remain in the same classroom as their child. 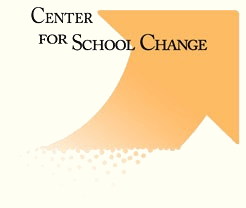 As a “Biden-backer,” I’m strongly urging the president to change one of his recommendations.

San Diego parents, teachers and an attorney offer powerful reasons for the president to withdraw his nomination of former San Diego Unified School District Superintendent Cindy Marten to be deputy secretary of the U.S. Department of Education. There’s growing, reasonable opposition to her appointment in this critical job.

More than 100 cases from families with special needs students are pending against the district where she served as superintendent. Jennifer Rayle has been a public school teacher for more than 20 years, working with students who have special needs. She explained: “As a special education advocate, I have clients in other districts and San Diego is by far the most challenging to work with.”

Four women say the San Diego Unified School District, under the leadership of district superintendent and Biden Education Department nominee Cindy Marten, turned a blind eye to sexual assault allegations against a teacher and implied that one woman bringing complaints was engaged in a publicity stunt.

Since Marten assumed the office of superintendent in 2013, allegations of sexual assault and misconduct have plagued the district and led to lawsuits charging misconduct. A group of former students filed a lawsuit last year claiming that Marten mishandled their allegations against a former teacher, Martin Teachworth, who is accused of sexual assault.

Now for the Quote of the Week dedicated to the United States Senators who have the future of all students in their hands when voting on the Nomination of Cindy Marten for Deputy Secretary of Education.  We hope they decide on merit and not political party greed and propaganda.  We hope they remember the past damage by Marten in the SDUSD and make the best decision for the future of students nationwide.

“Let us not seek the Republican answer or the Democratic answer, but the right answer. Let us not seek to fix the blame for the past. Let us accept our own responsibility for the future.”  –  John F. Kennedy