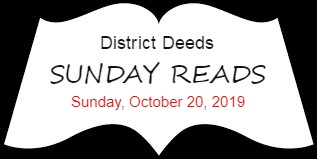 Study: The Detroit students with the best attendance travel the farthest to school

African-American students in Detroit with the highest attendance rates also travel farther to get to school.

That surprising finding comes from a new study that looked at an often-ignored group: The 20% of Detroit students who show up to class 99% of the time.

The research could help shape the response to the absenteeism problem that has hit Detroit harder than any other major American city. More than half of the roughly 100,000 students in Detroit miss 10% of the school year, according to the researchers at Wayne State University who authored the report. Many miss much more.

Solving the problem of chronic absenteeism is critical for schools in Detroit. If most students aren’t attending class, other academic reforms won’t have a chance to make much impact.

The new findings suggest that the students who need the most help with transportation tend to live near their school buildings.

“Students who attended schools closer to them, with lower attendance, may have been more reliant on public transit or walking, and were thus even more susceptible to additional barriers to attendance, like bad weather or safety concerns,” the report reads.

Schools across the city have tried to reduce absenteeism by hiring more attendance agents, offering incentives to students for showing up to school, and improving transportation options.

The study suggests that such efforts should focus on students who don’t have the resources to commute to schools outside their neighborhoods.

The findings specific to African-Americans carry particular weight in black-majority Detroit. But the dynamics are different for non-black students.

With Busing and School Choice being drastically reduced in the San Diego Unifoed School District (SDUSD), this article provided some interesting insight into how absenteeism and school choice in a large urban school district.

The following quote caught our attention:

“Students who attended schools closer to them, with lower attendance, may have been more reliant on public transit or walking, and were thus even more susceptible to additional barriers to attendance, like bad weather or safety concerns,”

Students in the SDUSD that are forced to attend their local school due to busing and choice cutbacks and have to walk through dangerous neighborhoods to get to that underperforming school actually  have “those additional barriers to attendance”.

Many Charter Schools provide busing to their students.

Just another reason why the enrollment is dropping by the thousands every year.

Only the “financial genius” of Elemetary School Superintendent (ESS) Cindy Marten could think that it is a good idea to put millions of dollars into “bait and switch” propaganda campaigns to cover up poor school performance instead of providing more busing and school choice for the poorest familes in the most dangerous neighborhoods.

Only another example of the total financial and operational incompetence of “financial genius” ESS Cindy Marten.

Should Parents Choose Their Child’s Teacher?

Parents always believe that they know what’s best for their kids. Teachers have a huge impact on a student’s attitude toward school, so parents want to ensure that their child has the best and most effective education possible.

Every child learns in different ways or at different paces, so this is a common reason that parents want to select a specific teacher. Over time, parents learn how their child works and learns best, so they take what they hear about certain teachers and use it to decide which one is best for their particular child.

However, these personal decisions are often more for the parents than they are for the kids.

Even though it can be beneficial for parents to find out information about the teachers at school ahead of time, it can also be problematic. Parents could hear about one bad experience and then get overprotective about trying to keep their kids away from that teacher, even if that bad experience was just a misunderstanding. Parents will often let their own fears and worries get the best of them when deciding a teacher for their kids, which can actually get in the way of their child’s experience at school.

Also, when parents choose their child’s teacher, it takes a bit of independence away from that kid. School should be helping kids prepare for the real world, but if parents are constantly making important decisions, such as which teachers their kids can and can’t have, then that’s not teaching kids to be independent at all, but instead, it is teaching them to rely too heavily on their parents. However, independence is a key skill that children need to learn at an early age.

Sometimes there are special circumstances that better justify parents selecting a teacher for their children. First of all, if this request is made discreetly, then it is much better for everyone involved since then it won’t affect the teacher or student as much. However, even so, this isn’t really something that should be done often.

Instead of trying hard to find the teacher that best fits each student, schools should work hard to ensure that all teachers are equally qualified and can teach any student. This will help to keep the numbers of students in each classroom even, and it will help put parents more at ease.

As we post at the beginning of every Sunday Reads is:  “Here are some interesting articles…”.  This is one case of an “interesting” article having an interestingly BAD concept of Parent involvement. In this case our readers who click on the links (bright red) get to read even more nonsense regarding “problematic” Parents picking Teachers from USA Today….somehow equating allowing your child to endure a horrible Teacher to build your child’s “independence”.  What hogwash!!!

There are a few reasons why we thought this ridiculous article from Edvocate would be interesting for SDUSD Stakeholders.

This matches the standard SDUSD mindset is that parents are totally self serving (not child/student serving) and have no clue what good teachers and teaching looks like. It also reinforces the stereotype that Parents have no judgement, they will reject a Teacher based on a single hearesay opinion.  Ridiculous and insulting to all Parents.

What “independence” does a student learn if their parents just passively accept a horrible teacher that a corrupt and mismanaged education business gives them against their better judgement?  Once the Student is forced into the horrible class, the Student can’t “quit” the class like a job.  The only way a Student gains independence with a horrible Teacher in a horrible Class is to act up and get kicked out of the class and face the unfair discipline repercussions.  Does that sound familiar to some of our Parent readers?

This is exactly what corrupt and mismanaged education businesses like the SDUSD want…passive Parents and Student who accept whatever educational trash the SDUSD gives them.

When parents intervene into what Teacher their child has, they are giving their kids a REAL EXAMPLE example of how to be INDEPENDENT and not accept less than the best in their education!

This closing statement implies that Parents “Instead of trying hard to find the teacher that best fits” their child should instead rely on a school district (like the SDUSD) to “work hard to ensure that all teachers are equally qualified and can teach any student” so that the District can “keep the numbers of students in each classroom even, and it will help put parents more at ease”.

What a ridiculous statement!

The reason Parents choose specific Teachers is because all Teachers are NOT “equally qualified and can teach any student” although SDUSD propaganda tries to convince Parents to the contrary.

In a totally dysfunctional school district like the SDUSD run by a totally incompetent Superintendent like ESS Cindy Marten and a totally corrupt Trustee like Richard “Tricky Dick” Barerra, it is extemely important that ALL SDUSD Stakeholders get involved and speak out in every major and minor decision regarding their child in the SDUSD…including the choice of a teacher, a school or a district.

All SDUSD Parents and Students have that right….be sure you use it!!! 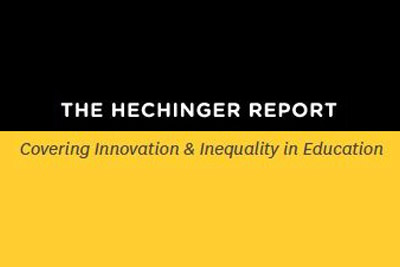 Affirming, protecting and cultivating the humanity of black children

When I asked him why, he said because Junior looked like him. While my wife melted and hugged him tight, I smiled and was astounded that at his age, he recognized skin color and positively identified himself with a young black man on television.

As a black parent and an educator, I am concerned for the safety of my children and other black children. Which is why all educators of black children, of all racial and ethnic groups, mustn’t be afraid to prepare them for the world that awaits them while simultaneously empowering them to thrive in spite of it. If we educators are to accomplish that, we should do these specific things:

1. Educators must understand how our children are viewed by some people. The hateful rhetoric we hear and the harmful acts we see are rooted in fear of demographic change as well as in anti-blackness. Anti-blackness is a part of our nation’s DNA, laid bare in public policy and public perception.

2. Educators must recognize that all children see race. Research suggests that children not only recognize race from a very young age, but also develop racial biases by ages 3 to 5 that do not necessarily resemble the racial attitudes of the adults in their lives. Studies show that white children rarely exhibit anything other than pro-white bias, while children of color as young as 5 show evidence of being aware of, and negatively affected by, stereotypes about their racial groups.

3. Children learn best when educators, administrators and teachers alike are culturally competent. According to Zaretta Hammond, author of Culturally Responsive Teaching and the Brain, the brain seeks to minimize social threats and maximize opportunities to connect with others in the community. The brain will not seek to connect with others if it perceives them to be threatening to social and/or psychological well-being based on what the people say or do. The more the brain has to focus on getting back to safety, the less capacity there is for learning and remembering academic material.

4. Educators must ensure that the schoolhouse is a space for the humanity of black children to be affirmed, protected and cultivated. Schools tend to be what Wendy Leo Moore calls “white institutional spaces” — social spaces in which the demographics and cultural norms privilege whites. Creating a humanizing space for black children starts with embedding culturally responsive norms and practices within disciplinary policies, hiring practices and curricular decisions. It also means accounting for the needs and uniqueness of black children. Schools should not only hire black educators; curricular materials must tell the truth about black people worldwide, and schools mustn’t enforce policies that disproportionately discipline black children.

We were both informed and inspired by this article from a black Parent and Educator regarding preparing and empowering students “of all racial groups.”.

We hope all SDUSD Stakeholders, especially school site Administrators and Teachers,  deploy these 4 ways to help Students of color thrive!

“Education is education. We should learn everything and then choose which path to follow. Education is neither Eastern nor Western, it is human.” – Malala Yousafzai