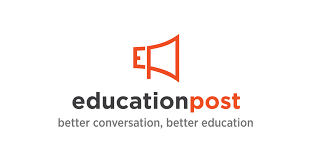 A new framework for school success released last week by New Schools Venture Fund presents seven attributes of a positive learning environment that are backed by evidence as linked to developing the “mindsets, habits, and skills” that students need. This framework provides not only a measurable definition of school success, it lays out actionable goals that schools should aspire to, and parents should know about.

What if, instead of a list of school supplies to buy, parents had a list of things that students need for success? What if, in addition to backpacks filled with binders and pencils, parents came to the first day of school armed with an understanding of what they should be expecting from their child’s school:

Parents know that school success is measured by more than test scores, yet have limited insight into how their schools are actually doing. If parents had a more nuanced, yet not overwhelming, list of attributes that they should be looking for from their schools—and an idea of how their schools stacked up against that framework—they could be smarter consumers of education, and more effective advocates for their children.

States, school districts, principals, community leaders, and nonprofits all play important roles in helping parents to navigate their child’s education. But perhaps part of the responsibility should lie with the back-to-school marketing machine, as well. Back-to-school shopping is a $27 billion industry in America. Retailers could use their marketing muscle to help empower parents to build the actual tools to success that students need, and focus those efforts within low-income communities.

This article struck a chord with us.

In over 15 years of sending our kids to San Diego Unified School District (SDUSD) school we have received a wide variety of requests for school supplies.

We have NEVER received a list of information from any school, or the district, to actually arm us with what we “should be expecting” from our childs school.

In the SDUSD, rather than “arm” us, they “handicap” us.

Unfortunately, also annually, incompetent Elementary School Superintendent Cindy Marten along with her corrupt and equally incompetent Board of Educations cronies  and senor staff do everything within their power to coverup their operational inability to actually deliver on any of the beginning of year fake platitudes and false promises.

They fake graduation rates, completely mismanage millions of budget dollars and ignore the opinions of thousands of SDUSD Stakeholders every year and turn hopeful parents and dedicated employees into skeptics, that don’t believe anything they are told by Marten and the rest of the SDUSD leadership.

Maybe Marten and the rest of her regime SHOULD just stick to school supply lists..it would do a LOT LESS damage!

A 2014 survey by the U.S. Education Department reported that 30 percent of district-level staff that participated in the study rated their heating, air-conditioning and ventilation systems as being in fair or poor condition.

In Tucson, the failure of air conditioners on the first days of school required administrators to shift students to cooled rooms and install temporary air conditioners and swamp coolers. Under district policy, no classroom can be used when the temperatures exceeds 78 degrees.

Although most modern heating, ventilation and air conditioning systems are designed to run for up to 25 years, replacing one is very expensive.

A new unit for an elementary school can cost upwards of $3 million; a middle school system can be closer to $5 million; and for an average-size high school, the cost can be $15 million.

A study released a year ago by the National Bureau of Economic Research—with support from researchers at Harvard University and from the University of California, Los Angeles, Georgia State and the College Board—found that it was the heat inside the classroom only that appears to lower performance.

“On average, a 1 degree Fahrenheit hotter school year prior to the exam lowers scores by 0.002 standard deviations or slightly less than 1 percent of a year’s worth of learning,” the study team reported. “Relative to school days with temperatures in the 60s, each additional school day with temperature in the 90s reduces achievement by one-sixth of a percent of a year’s worth of learning. A day above 100 degrees has an effect that is up to 50 percent larger.”

The study linked daily weather data to the test scores of some 10 million high school students who took college entrance practice exams multiple times between 2001 and 2014.

This is a great article that points out the negative educational impact of forcing Students to attend school in oppressive heat conditions.

As we described in our series of “Heat Stroke” articles, Marten over-ruled the opinion of thousands of SDUSD Stakeholders including the Board of Education appointed “Calendar Committee” and rammed the early start date down everyone’s throat and many Students, Teachers and Staff suffered immensely because of it.

The SDUSD is going into the 2nd year of “Heat Stroke caused by Superintendent Cindy “No Mercy” Marten’s ill-advised decision of pre-labor day school start dates.  We can only hope that there is no extreme discomfort or permanent health/educational, damage to our Students, Teachers and Staff.

And remember Students, Teachers and Staff, while you are sweating in your classrooms this year before Labor Day you have “No Mercy” Marten to thank for it!

Knowledge, it’s been said, is power. The more you learn about something that affects you, the more you can influence that something.

It’s especially true in politics, whose insiders joust constantly among themselves and with outsiders, including the media and the voting public, over access to information.

One of California’s more important arenas of info-war is public education.

We Californians spend at least $100 billion in taxpayer money each year on educating 6 million elementary and secondary students, and several million more in community colleges, state universities and the University of California.

However, information on how well those millions of mostly young Californians are being educated is at best scattered among several non-integrated data systems and at worst not available anywhere.

As a new state Senate report points out, “Currently, 38 out of the 50 states maintain a longitudinal data system that records academic, demographic, assessment-oriented and programmatic information that follows students from early education to postsecondary education and often into the workforce.”

California isn’t one of them, making it impossible for even legislators, in appropriating the many billions of education dollars, to know what’s working and what’s not – much less the public at large.

The education establishment and its political allies are not eager to disturb the status quo of ignorance.

Civil rights and education reform groups have pressed for more data to determine whether the state’s efforts to close the “achievement gap” that afflicts poor and English-learner students are working, or whether billions of extra dollars meant to help them are being squandered.

As the Senate report on a longitudinal data system was being issued for a hearing on the issue last week, Children Now, one of those civil rights/education reform groups, was pressing Torlakson and the state board to “effectively monitor the outcomes of all students and determine if gaps in achievement are closing or not…”

But the education establishment, which also includes the California Teachers Association and Gov. Jerry Brown, has resisted such demands. Brown, in fact, has vetoed legislation calling for more comprehensive education data

Why? Perhaps, it’s because a longitudinal system might reveal that his Local Control Funding Formula, which provides extra money to help low-achieving kids, isn’t working well.

A very good commentary that really calls it like it is when it comes to how California, and school districts, like the SDUSD, DO NOT provide a “longitudinal data system that records academic, demographic, assessment-oriented and programmatic information that follows students from early education to postsecondary education and often into the workforce.”

This MUST be changed if we are ever to have a chance to really define the progress and the needs  of ALL our students in ALL our schools.

The commentary does provide some hope:

“However, Brown’s almost certain successor, Lt. Gov. Gavin Newsom, is on record as supporting a longitudinal system. “This is profoundly important, and it gets lost because you don’t usually get celebrated for your IT upgrades,” Newsom said at a public forum in March.

We’ll see whether he’s willing to buck the education establishment, much of which is supporting his candidacy.”

If elected, let’s hope Gavin Newsome stands by his word.