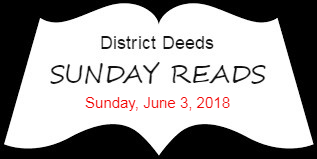 California’s Poor Students Rank Next to Last on National Test

California’s poor students performed worse on a national exam than needy kids from all but one other state, according to results released this week by the National Center for Education Statistics.

These students’ lackluster scores on the most recent National Assessment of Educational Progress come despite the state’s $31.2 billion investment in their learning under a new school funding method championed by Gov. Jerry Brown in 2013.

And although the average California fourth-grader from a low-income family scored a few points higher on this most recent test than a decade ago, poor students’ scores on the test have declined since the state’s investment.

If there is a snapshot of what is happening in the San Diego Unified School District, this is it.

Recently SDUSD Trustee Kevin Beiser on the campaign trail bragged to the media about how great a job he did based on the fake graduation rates.  Unfortunately many of the graduates he bragged about, especially the most vulnerable economically,  actually “have declined since the state’s investment”

And although the average California fourth-grader from a low-income family scored a few points higher on this most recent test than a decade ago, poor students’ scores on the test have declined since the state’s investment.

Financial mismanagement in getting the funds to those students who need it the most combined with failing to “bridge the academic achievement gap”.

Yup…that about sums up the SDUSD! 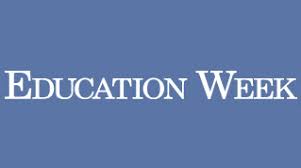 As the Temperature Climbs, Test Scores Drop in Schools Without Air Conditioning

Students who learn in hotter classrooms perform worse on college admissions tests, according to a new study from the National Bureau of Economic Research.

About 42 percent of U.S. classrooms lack any or adequate air conditioning, according to the research led by Joshua Goodman, a Harvard University microeconomist studying human capital and education policy.

The researchers tracked 10 million secondary students who took the PSAT multiple years between 2001 and 2014. On average, students improved their score by about a third of a standard deviation by taking the test more than once. But the researchers also found that weather played a role from one test to the next: A student’s performance dropped by nearly 1 percent of a year’s worth of learning for every 1 degree Fahrenheit hotter the outside temperature was during the school year before a student took the test.

Compared to school days in the 60s temperature range, every additional school day in the 90s was associated with 1/6 of a percent of a year’s learning, and each day above 100 degrees led to an effect that was 50 percent larger. While that seems small, it adds up in districts where local weather has grown warmer in recent years.

The researchers found, however, that more than 70 percent of the test-score drop for students with hotter school years disappeared when they attended schools with air conditioning.

Given the fact that SDUSD Superintendent Cindy Marten and the Board of Education totally ignored all recommendations from Stakeholders and forced schools without air conditioning to start the school year a week BEFORE Labor Day-normally one of the HOTTEST weeks of the year – we KNOW the education of many Students was negatively impacted.

Simply stated -“No Mercy” Marten, “Tricky Dick” Barrera and the rest of the Trustees are responsible for a poor learning environment for many Students and now a national study proves it.

We’re sure they won’t listen to those experts either.

How To Flip a Parent Teacher Conference

The concept of a flipped classroom is simple but profound: instead of presenting new information during class time and then having students practice using that information at home, as is traditionally done, in a flipped classroom model, students learn new material at home—usually through a video presentation selected by the teacher—and then practice during class time.

The main advantage of flipping a classroom is that students have access to the teacher while they are practicing using their new knowledge, which means that they are more likely to be successful than if they were practicing at home. Further, some evidence suggests that students are more likely to do their homework if it consists of watching a video than if it consists of practicing skills with, for example, a worksheet.

While flipped classrooms have been a hot topic for a few years, the idea of flipped parent teacher conferences has gotten much less attention. But it is an idea with much to recommend it. One easy way to flip a parent-teacher conference is with Google Forms. Teachers can use the form to solicit questions and comments from parents before the conference. This way, teachers can be prepared for the questions that parents have.

The obvious shortcoming is the fact that many families don’t have the basic access or capability to navigate the web to the “flipped” conference questions/issues.  Maybe a motivated Teacher or Administrator will come up with a way to flip the conference in a non-technical way.

In any case an interesting article worth reading.

“The ABC’s are attitude, behavior and communication skills.
– Gerald Chertavian