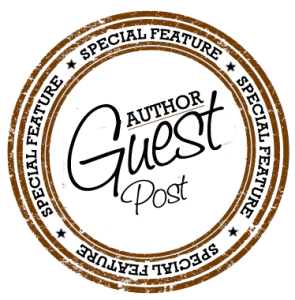 So far the readers of this 3 part series have reviewed quite a bit of very shocking proof that the San Diego Unified School District (SDUSD) and Supt. Cindy Marten have neglected their responsibilities and obligations to provide a safe school site environment free of sexual abuse.

In Part 1 – THE PROMISE , we exposed all the false promises and assurances to protect our children from sexual abuse in the San Diego Unified School District (SDUSD) schools made by Supt. Cindy Marten,

In Part 2 – THE BETRAYAL, we answered one simple question:

Could the sex abuse of children in SDUSD schools have been prevented?

The answer was YES…or at least minimized…but has not been prevented through the decision of SDUSD Supt. Cindy Marten who,  decided to do nothing and actually tried to COVER UP THE ABUSES!

In Part 3 – Questions, Answers, Solutions and Hope, we will give all concerned SDUSD Stakeholders some definitions and solutions to directly identify and understand the conditions that contribute to the sexual abuse of students in the SDUSD.

Why and how does child on child sexual abuse occur?

These acts occur when children are inadequately supervised and there is an absence of child to child boundaries set in place and adults are not trained in signs of abuse.    Furthermore, adults miss signs and allow abuse to occur due to ignorance, “looking the other way”or minimizing.

Review the TAALK Signs of Suspected Child Sexual Abuse so you KNOW what to look for.

Child on child sexual abuse perpetrations recur when adults in charge fail to respond appropriately with a plan to deter and not give opportunity for further abuse.

How frequently does on campus sexual abuse occur?

9.6% of all students experience some form of molest while at school.  30-40% of child sexual abuse is perpetrated by children. How can educators and parents protect children from such abuses?  Parents and educators can educate themselves about the signs of abuse and how to teach their children body safety by visiting TAALK.org and reading “8 Ways to Create Their Fate: Protecting Sexual Innocence of Children in Youth-Serving Organizations”.

Then they must enact prevention strategies at school.

What is the correct response of parents, mandated reporters, child abuse investigators, administrators and district board of education members when abuse is suspected?

The correct response is to alert the child abuse division of San Diego Police Department AND Child Protective Services.  SDPD is the only agency with jurisdiction to investigate at school abuse and CPS enters the scenario investigating the perpetrator’s exposure to possible abuse at home.

The district has the legal responsibility to ensure that all employees acting as mandated reporters of abuse are afforded their right to confidentiality protections.   No retaliation should ensue for employees making mandated reports of suspected abuse.

Meanwhile, protective measures to keep all children safe must be put in place.

Alerting all staff and parents to the issue is imperative to ensure proper subsequent supervision at all times and to allow parents to open a conversation on safety with their children.

Another protection is establishing monitored restroom visits only.  This requires strengthening supervision and making a plan that does not over react by denying individuals restroom access as the need arises.

Also, parents of the child offender and the victim MUST be notified.  The victims AND offenders are in need of intervention and counseling and desperately need to be taught and held to healthy boundaries.

Children must be empowered with effective teaching of their personal body space being theirs alone and they are to tell until they find an adult who believes them if ANYONE violates that space.

How does a school staff, such as the Green Elementary staff, “recover,” protect, and move on after such allegations have been made?

The staff are likely to repeat errors of omission again if they do not admit that child on child predation is a known problem at their site.

Likewise, the school board has a responsibility to provide training, ensure a culture of reporting and not one of retaliation and silencing.

Schools Recover by Fixing the Problem

One important way for schools to recover is through School Site Safety Plans.  School Site Safety Plans required by the California Department of Education, must address known safety risks/issues in the yearly AND “as needed” review and update.  Parents and concerned citizens have the right to provide input into the safety plan.  A good response of an effective principal and School Site Governance team is to seek and utilize input from parents and community.

District actions have sent a very clear message to staff that contradicts the Public Service Announcement linked at beginning of this series.

This is most definitively evidenced in Michael Guerreri, former district investigator’s, claims/lawsuit that he was asked to cover up abuse and failure to report. (Guerreri Lawsuit)

The district cultural expectation is complicity and silence. This is consistent with research citing only 11% of educators state they would report sexual abuse of students (Policy and Program Studies: Educator Sexual Misconduct: A Synthesis of Existing Literature, U.S. Department of Education, 2004).

To bring about a safe school environment staff and parents must honestly TALK about risks, preventative measures to take and how to enforce those measures. Training needs to take place so staff know what the warning signs of abuse are and how to respond. (visit www.taalk.org for free training)

SDUSD Superintendent Marten was familiar with Diane Cranley’s work and trainings yet she ignored them and has not provided PREVENTION training to staff.  Instead she covered up an incompetent principal’s illegal actions and failure to protect children from sexual assault thus keeping Green staff and parents in the dark on known safety issues and not supplying them with proper protocol and training.

This may explain the recent drop in Green enrollment. Perhaps concerned parents removed their children due to lack of faith in staff to maintain basic safety. Enrollment plunged from 518 to 493 since the assaults were made public.

Senate Bill SB 926 went into effect January 1, 2015 extending the statute of limitations for victims of sex abuse to come forward to the age of 40.  The law’s author, Senator Jim Beall, states in his newsletter of 9-14-14, “This bill (now law) provides more time for traumatized victims to cope with the mental and physical scars they received from the people who hurt them.”

Now insurers have to prepare to hold enough money in their coffers to cover child sexual abuse crimes that occur during matriculation BUT may now be disclosed as late as a victim’s 40th year.  As a result, insurers are demanding, and in some cases providing, prevention and awareness training with school districts and other youth serving organizations.

This is GOOD NEWS for Kids!

With training comes the power to help kids out of and to avoid dangerous situations.  Trained educators will not have to second guess and will know what constitutes boundary breaking behavior and what to do to keep kids safe.

Parents within SDUSD who wish to see this training implemented here in the SDUSD need to raise their voices to be heard by studying and using  ALL the tools we provided in this series..and DON’T GIVE UP…we are with you!!!