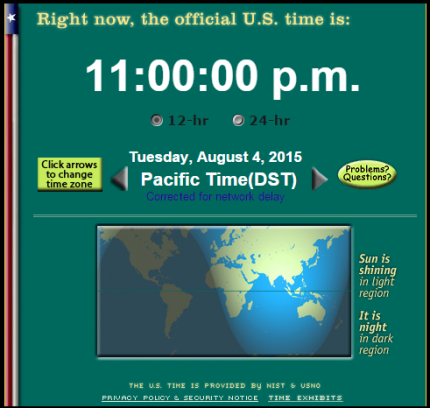 THE CLOCK HAS STARTED!

Is San Diego Unified School District (SDUSD) Trustee Marne Foster trying to cover up her California Education Code violations? If so, just like she has performed her SDUSD Board of Education duties since 2012…she is doing an extremely poor job…as usual!

With Foster it is hard to tell which one of her blunders are intentional!

(a) No school district or community college district funds, services, supplies, or equipment shall be used for the purpose of urging the support or defeat of any ballot measure or candidate, including, but not limited to, any candidate for election to the governing board of the district.

(c) A violation of this section shall be a misdemeanor or felony punishable by imprisonment in a county jail not exceeding one year or by a fine not exceeding one thousand dollars ($1,000), or by both, or imprisonment pursuant to subdivision (h) of Section 1170 of the Penal Code for 16 months, or two or three years.

We showed the Facebook link on Fosters’ Profile Page here: 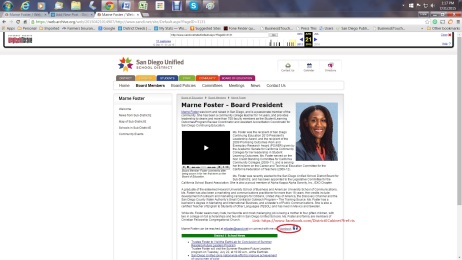 And where it led to the Personal and Political Fundraisers here: 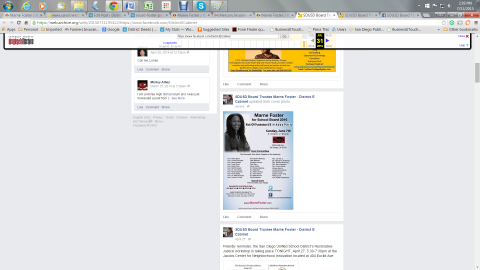 And then, despite her claims that she did nothing wrong, Foster apparently attempted to cover up the Facebook link by deleting it on her SDUSD Website Profile the week after the Personal Fundraising Solicitation here:

Now the Bumbling Trustee Foster has attempted to cover up her postings of the Fundraising Solicitations on Facebook…and ended up with an EPIC FAIL!!!

Foster apparently went on Facebook and deleted BOTH Fundraising Solicitations from her timeline and the Tuition Fundraiser “Picture” …but then NEGLECTED TO DELETE THE POLITICAL FUNDRAISING SOLICITATION PICTURE…see below:

The two dates remaining on the Facebook Timeline are April 27, 2015 and July 30, 2015…but the Foster Political Fundraising Solicitation Event on June 7, 2015 and Foster’s Sons’ Fundraiser Solicitation on July 25, 2015 between the two remaining posts…and the accompanying Picture HAVE BEEN DELETED!

A VERY STRANGE ACTION for someone who claims that she has done nothing wrong!

Believe it or not…Trustee Foster CANNOT COVER HER TRACKS EVEN WHEN WE GIVE HER A MAP!!!

This time we made sure to CIRCLE IN RED the Political Fundraiser Solicitation Picture containing the potential VIOLATION.

Let’s see how long it will take Trustee Foster to figure it out and remove the Political Solicitation picture from Facebook.

This should be interesting!

Get ALL the REAL information about the SDUSD…scroll to the bottom of this page and “Follow” the District Deeds Blog!