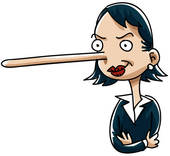 Is that you Superintendent?

On November 13, 2014 the Duncan/Marten propaganda alliance was at full steam.  Two different venues were visited that day by both Duncan and Marten with startlingly different coverages by the local media.

The first stop was the big SDUSD “pro-Common Core” photo op.  Using Students, Teachers, the SDEA and the Principal as props at Angier Elementary, it was offered on a platter by the SDUSD Propaganda Department and gobbled up by multiple San Diego media outlets.  Pictures of Duncan talking to a student…of Marten looking earnest in a “round table discussion with teachers…and finally a group photo with the main prop – the  Angier Principal – and Duncan, Marten and her incoherent sidekick Marne Foster.

The second event attended that day by Marten and Duncan was the annual policy forum of the Council of Chief State School Officers (CCSSO) which featured a protest AGAINST the Common Core by California citizens in front of the U. S Grant Hotel in San Diego. The protest was covered by a small fraction of the local media compared to the Angier Photo Op.

Here is an out of town link to the story: http://www.breitbart.com/Breitbart-Texas/2014/11/26/US-Secretary-of-Education-Ignores-Thousands-Gathered-to-Oppose-Common-Core

You would think that this highly publicized “policy forum” promoting the Common Core that was being protested would be publicized and railed against by the anti-Duncan advocate Diane Ravitch.

The same day, November 13, Ravitch did call out Duncan for the Common Core Testing (see:  http://dianeravitch.net/2014/11/13/npr-common-core-is-wonderful-but-tests-are-not/) but did not say a word about her buddy Marten chumming up with Duncan to support it…or the related protest against Common Core.

The coverage of this Angier photo op unveiled an additional key detail…Lindsey Burningham, the SDEA President, was a part of it!  How, with nationwide protests from many Teachers in California and in Teachers Union organizations nationwide, could the SDEA leadership publicly support Common Core and Arne Duncan?

In the UT article covering the photo op (http://www.utsandiego.com/news/2014/nov/13/education-secretary-checks-in-on-common-core/) Marten said the following:

“As superintendent, Marten said she is proud Duncan has seen that “we have given our teachers time to really understand Common Core with professional development.” Other districts were quick to purchase premature curriculum or materials marketed for Common Core, while San Diego focused on teaching, she said.”

“Of the $22.5 million we received from the state for implementing Common Core – we are using nearly two-thirds – more than $16 million – for professional development.”

Obviously, professional development for the Teachers is a cornerstone of her AND the SDUSD Board of Education Common Core rollout…Marten brags about giving the teachers the time and Beiser claims the Board has given them the money to carry it out.

The 12 page Marten SOTD 2014 speech bloviated about SDUSD initiatives like the Vision 2020 and the Local Control Accountability Plan (LCAP) and the 12 Indicators of a Quality Neighborhood School.  She talked at great length about all the key initiatives that had both been accomplished and that were in the process of being implemented.(Here is the Marten SOTD 2014 Speech: State of the District 2014 Marten Speech)

For a Stakeholder to read the speech or hear Marten perform it, many would think that she was dutifully going about the educational business of the SDUSD.

It was obvious that underlying ALL of the past, present and future initiatives Marten mentioned was the teacher…and the “rich” Teacher Professional Development that supported them.  In fact, in the 12 page document Marten mentioned Teacher or Teachers 19 TIMES!  By contrast, Parents were mentioned 12 times and Principals were mentioned only 4 times.

You would think that Marten, after ALL the propaganda on the SDUSD website (Search “Common Core: 75,200 results) and her recent public homage and publicity stunt with Duncan, would trumpet the successes of the Common Core implementation to date.

With such high public visibility, promotion and hoopla, guess how many times “Common Core” was mentioned in Marten’s SOTD 2014 speech?

Marten DID NOT MENTION IT ONCE in her State of the District 2014 Speech!

In essence…by not even referring to the Common Core within the context of ALL the initiatives she referred to including Vision 2020 and the Local Control Accountability Plan (LCAP) and the 12 Indicators of a Quality Neighborhood School, Monarch Marten effectively LIED BY OMISSION.  She staunchly refused to tie those initiatives to Common Core on the record.

District Deeds wondered why Marten would give a speech regarding the “State” of the 7th largest school district in the United States and purposely leave out any reference to THE BIGGEST current educational SDUSD initiative…the Common Core.

Given the 19 times Teachers were mentioned, many times in reference to Professional Development and the zero mentions of Common Core, District Deeds decided to look deeper at how Marten and the Board of Education actually implemented the Common Core in the SDUSD over the last year and a half and found the Marten Rotten to the Common Core secret.

This time clicking the heels of her counterfeit Ruby Slippers together 3 times was not going to allow Marten the fantasy of a coverup or lies to re-write the actual words in her SOTD 2014 Speech and include Common Core.

Next – Rotten to the Common Core – The HUGE Marten Cover-Up – Part 3:  The Riddle, the Mystery, the Enigma, the Motive

2 thoughts on “The REAL State of the District 2014: Rotten to the Common Core – The HUGE Marten Cover-Up – Part 2: Counterfeit Ruby Slippers”