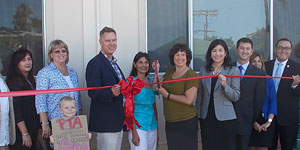 According to a news report by Michael Chen on Channel 10 News San Diego, Cindy Marten and other San Diego Unified School District (SDUSD) Employees have been accused of “ordering edits (to) help cover up…for a principal’s actions in a sex assault probe.”

In the Channel 10 San Diego News Report with a subtitle of “Suit: SDUSD Supt. Ordered Cover-Up In Probe – Ex Investigator Claims Sex Assault Report Was Edited”, an Ex SDUSD Investigator claims he was fired for “learning too much” about the sex assault violations at Green Elementary in San Carlos.

As the story details, the author (SDUSD internal investigator Mike Gurrieri – who previously was a Sheriff’s Detective)  was ordered by the Director of Quality Assurance to DELETE most of his report using the excuse that “it (the report) was not within the scope of his assignment”.  The comprehensive report was spurred by multiple sexual assault allegations at the school site of which one was settled a short time ago by the SDUSD with the family of the abused student.

District Deeds wonders HOW a professional probe of the SEXUAL ASSAULTS OF STUDENTS AT school sites could be TOO COMPREHENSIVE!?!

As a SDUSD Stakeholder we want the SEXUAL ASSAULT REPORT to be AS COMPREHENSIVE AS POSSIBLE!!!

The courageous Mr. Gurrieri refused to comply based on his professional Detective credentials and with the following goal in mind:

“My goal was to protect the kids, and I thought all the allegations I uncovered were pertinent,” said Gurrieri.”

Mr. Gurrieri refused to cave in to the pressure to cover-up his findings AND REDUCING HIS REPORT FROM 34 PAGES TO LESS THAN 1/3RD THE SIZE (11 pages) and was FIRED for standing up to Superintendent Cindy Marten and the Quality Assurance Office for what he thought was right using his YEARS of investigative experience.

Does this allegation accusing SDUSD Superintendent Marten of firing a strong, credentialed leader for standing up for decisions to “Protect” kids sound familiar?

In a District Deeds post 1 year and 2 days (June 29, 2014) BEFORE this Channel 10 News Report we published Lincoln and SCPA…The “Smoking Gun”?

In that post we described how Marten and Marne Foster DID THE VERY SAME THING to TWO HIGHLY CREDENTIALED, COURAGEOUS  PRINCIPALS who refused to cave in to her misguided directions on how best to run their schools to protect and nurture Students.

Marten continues to try and manage her position, a position she is not qualified to hold, through imposing a culture of fear and intimidation…and is willing to FIRE ANYONE WHO DISAGREES…no matter how much it will harm students.

Dysfunctional decisions by Principals and Staff…and ALL SDUSD Employees…to protect themselves AND THEIR JOBS are a SYMPTOM of the OVERALL Marten Management Dysfunction of Fear and Intimidation!

In this case…in that DYSFUNCTIONAL CULTURE of fear and intimidation CREATED BY CINDY MARTEN and her crony inner circle:

ON TOP OF IT ALL?

Apparently Marten used the Director of the Quality Assurance Office to order the Investigator to CUT the Sexual Assault Report from 34 pages DOWN TO 11 PAGES!

“Our priority is to provide a safe and nurturing environment that enables students to learn and be successful,” said Superintendent Cindy Marten. “Establishing the Quality Assurance Office plays an important role in keeping the promise made by our Board of Education to provide a Quality School in Every Neighborhood.”

SDUSD Stakeholders, at the time of the Quality Assurance Office Grand Opening, supported the launch and hoped that this was a step for greater transparency and collaboration by Superintendent Cindy Marten…but may just have been tricked again!

If the allegations are true, Marten has effectively turned the QUALITY ASSURANCE OFFICE  into the QUALITY COVERUP OFFICE AND ELIMINATED ANY CONFIDENCE that SDUSD Stakeholders have that Marten’s Administration can EVER ‘PROVIDE A SAFE AND NURURING ENVIRONMENT” or “KEEP THE PROMISE MADE BY THE BOARD OF EDUCATION.

Cindy Marten, through her ineptness and insecurity has effectively created A TOTALLY DYSFUNCTIONAL OPERATIONAL MODEL in the SDUSD and one that harms ALL SDUSD Stakeholders – Students – Parents – Staff (including Investigators) – Teachers – Principals – Community Members

If the Lawsuit by the Investigator is either upheld or settled out of court with a payoff, Cindy Marten MUST be forced to RESIGN for the SAFETY of ALL STUDENTS!

Get ALL the REAL information about the SDUSD…scroll to the bottom of this page and “Follow” the District Deeds Blog!