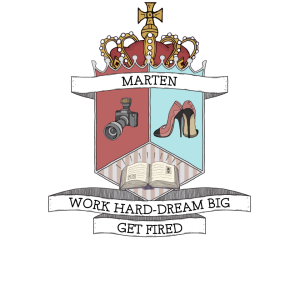 In part 1, we looked at the credentials…the administrative skeleton…of the current Superintendent Cindy Marten.  We found that Martens credentials, although exemplary in many ways for an Elementary Principal position, were extremely weak and brittle to carry the huge weight of the San Diego Unified School District (SDUSD).

In Part 2A we will look at the SDUSD Board of Education (BOE) Member decisions that led to this catastrophe of Administrative Leadership.

We asked in Part 1 the following question:

So why would the SDUSD School Board push Marten, clearly unprepared and unsuitable for the role,  into the Superintendent position in a “highly unusual – virtually unheard of” way as described by the extremely SDUSD friendly Maureen Magee at the San Diego Union Tribune (http://www.utsandiego.com/news/2013/feb/28/tp-board-picks-principal-as-unifieds-new-leader/) with virtually no community input or search procedure?

We believe the answer can be found in two areas…Past SDUSD Superintendent Profiles and Current BOE Member Personal Agendas.

In the past 16 years the SDUSD BOE has appointed 5 Superintendents.  A Mario Koran article on Jan. 3, 2014  in Voice of San Diego profiles four of the five quite nicely here: http://voiceofsandiego.org/2014/01/03/the-ghosts-of-superintendents-past/

The Marten profile, although a full 6 months into her current Superintendent role, had virtually no assessment of her actions except what she planned on doing and the odd way that she was assigned the position with virtually NO STAKEHOLDER INPUT.

A little research turned up the decreasing stakeholder input for the 5 most recent  Superintendents:

Marten:  NO Special Committee,  NO Stakeholder input in selection

So it appears that the significant decrease in Stakeholder input began in the Superintendent Search in 2010 with Barrera and Evans (the first time either selected a Superintendent)  when the BOE eliminated the Public Hearings and narrowed it to a “committee “ model.  This model had each of the BOE members nominate individuals to serve on the Superintendent Selection Committee.  The outline of the plan is here:  http://voiceofsandiego.org/2010/02/23/and-the-nominees-are/

Both Barrera and Evans came in with a wave of votes from Teachers Union anti-Grier sentiment.  Grier apparently “ had clashed repeatedly with the teachers union and the school board over his plans in San Diego.”   Barrera and Evans were on that School board that clashed with him.  (http://voiceofsandiego.org/2009/08/21/hes-headed-to-houston-do-we-have-a-problem/) and they obviously wanted to avoid a strong character like Grier in the future.

Ultimately the BOE chose Bill Kowba, who, despite his strong operational credentials at the District level along with serving as interim SDUSD Superintendent twice, was still criticized for not having Superintendent Level Credentials per the VOSD article here: http://voiceofsandiego.org/2010/06/21/critics-supe-search-wasnt-aggressive-enough/

The part of Bill Kowba’s credentials that all of his critics had missed were:

Bill Kowba assumed the Superintendent position at a financially turbulent time in the SDUSD and his integrity and honesty, financial expertise, and open door collaboration  was welcomed by a vast majority of Stakeholders including Parents, Teachers, the Union and Communities.  Although he had spearheaded the BOE “decentralization” initiatives and skillfully managed the loss of millions of dollars in the budget due to the economy, he still had critics.

Some Principals and Administrators wanted more direct intervention into their problems.  Some said he lacked “education” credentials.  One BOE member even thought he was “too nice”.  In a VOSD article BOE Member Scott Barnett was quoted as saying:

“I wish Bill was a little bit more of a son of a bitch,” said board member Scott Barnett, elected after Kowba was chosen. “Because you can’t run a fairly dysfunctional organization of this size without sometimes being a son of a bitch.”

So, on February 26, 2013, after steering the SDUSD though three financially turbulent years, Bill Kowba’s contract was ready to expire and he decided to retire.  This is where the SDUSD BOE Member Personal Agendas come into play…

When Bill Kowba resigned, the BOE had the following experience in selecting Superintendents:

The primary experience that all the current BOE had was the legacy of the previous Superintendents that had come and gone…including Bill Kowba.

Using the Marten selection as proof and given that Superintendent legacy, two types of Superintendents that would prevent the SDUSD BOE from attaining their Political and Career agendas were identified:

So by recognizing the risk of Strong Willed and Collaborative individual, what critical traits were indicators of the threat?

In our estimation, there are three:

Bersin, Cohn, Grier and Kowba all had top credentials in more than one arena  – the candidate could not

Bersin, Cohn, Grier, and Kowba had established reputations to protect – the candidate could not.

Bersin, Cohn, Grier, and Kowba had established financial career success that could be reproduced – the candidate could not.

If the person chosen does not have the credentials to walk away and make an equivalent salary, the SDUSD BOE basically can use that individual as their Public Proxy to say and do whatever they want.

In addition, that blind obedience to the BOE with no reservations appeared  to be critical…and was already ingrained in the Superintendent Selection dysfunctionality.  As former BOE Member John de Becks told the VOSD about the motivation of Grier to depart in 2009:

“They’ve driven him away,” said de Beck, who is frequently on the losing side on the school board. “He can’t do anything he wants to do. … He turned into a ‘yes man’ just to survive.”

But there was one last risk…How can the BOE totally avoid and eliminate SDUSD Stakeholder resisitance and choose the SDBOE “Dream” candidate.

Maybe a hint comes from an interesting quote from pre-BOE Scott Barnett back in 2007 to the VOSD:

“One skeptic, school board candidate Scott Barnett, says he was invited to share his comments with Attea — and declined. Public comment has little impact on the selection process, he believes.

“The school board is going to pick whomever they think is the right person, no matter what the committees suggest,” Barnett said. He plans to send his suggestions in writing instead. “The rest of this is frankly eyewash. It’s not to say that they don’t care what the public thinks … but this is much for showing that they’re seeking input, as opposed to really desiring it.””

So if the BOE doesn’t desire it and they have a guaranteed 5-0 vote to approve the chosen candidate that perfectly fits their own self serving political and career agendas, AND the closest election is at least 2 years off, WHY NOT ELIMINATE THE STAKEHOLDER SELECTION PROCESS COMPLETELY?  (Which is EXACTLY what the BOE eventually did!)

Now that the Profile of the perfect Superintendent Candidate has been identified, and there is no interference by the actual SDUSD Stakeholders, only one last thing remains:

Who in the SDUSD was available that had an unquenchable desire for Career and Money and a history of the burning need to see their Name and Picture in public and also had the other characteristics desired by the BOE?  In other words, Scott Barnett words to be exact, who could be that “son of a bitch.”

Unfortunately none of the current Reality TV Stars were available so the SDUSD BOE made a startling and ill fated decision instead.

Next:  Anatomy of a Failed Superintendent – Part 2B – Decisions – Cindy Marten